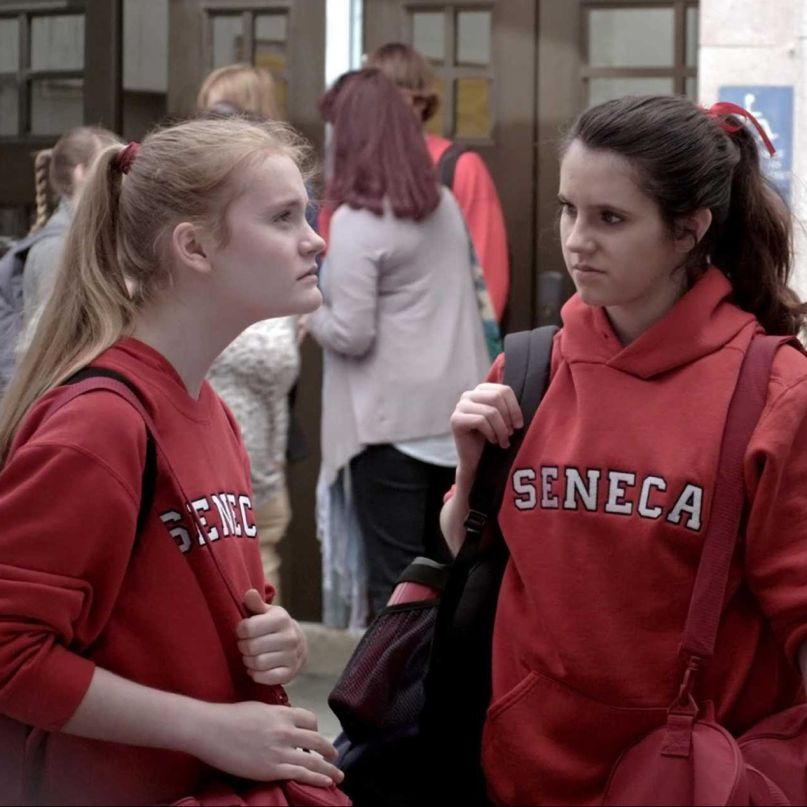 Quitters is as much about adults acting like children as it is about a child acting like an adult. Through friends and family I’ve found that the best way to be a good parent is to convince your children that you have it all figured out. No one has “figured it out” in Quitters, no matter their faux confidence. Noah Pritzker fills his feature-length directorial debut with characters that aren’t particularly likeable, but feel real in their failings.

We feel Clark’s plight from the moment we meet him. His mother, May (Mira Sorvino), is having a breakdown, and Clark (newcomer Ben Konigsberg) must tell his father, Roger (Greg Germann), that their planned trip needs to be cancelled. Shortly after, a distracted May gets into a car accident, leading her to a stint in rehab for what Roger calls a “dependency” problem. Clark doesn’t understand the difference between dependency and addiction, and Roger does a bad job of trying to explain it. It’s one of several examples showcasing Roger’s unwillingness to see problems directly in front of him.

Between an unstable mother and an aloof father, Clark decides to put himself on the fast track towards adulthood. Clark pretends to cook for love interest Etta (Moonrise Kingdom’s Kara Hayward), only to leave it to the family housekeeper. His attempts at intimacy are as clumsy as they are for most teenagers, amped up by rejection and broken glass. This does not detract the character, as he begins to act out by leaving home and defying his father. Clark is a tough protagonist to root for, but Konigsberg is so self-assured in the role that he makes misguided Clark compelling.

Like Clark, the actual adults in the film are playing at adulthood, but failing for the most part. He moves in with his girlfriend Nat (Morgan Turner) and gets to know her parents. Her mother Veronica (Saffron Burrows) is married to Todd (character actor Scott Lawrence), with whom Veronica had an affair before the death of Nat’s father. It’s an immature and irresponsible action that Veronica has done her best to forget, but her new husband likens his act of swooping in as “taking what’s mine.” It’s his lone instance of childishness in a film chockfull of bad-behaved adults, but it leaves a lasting impact.

The film has a glaring flaw in the strange use of Mr. Becker, an English teacher played by Kieran Culkin (if you don’t feel ancient after reading that, I envy you). His scenes involving Clark work well, especially their debate over his grading scale. It’s the Becker/Etta storyline that sticks out as a subplot easily excisable, and one done to death in too many movies to mention here. Germann and Sirvino turn in good performances, but their shared scenes tend to take away from Clark’s. At times, it feels as though Pritzker couldn’t decide whether he wanted to make Quitters an ensemble piece or one with a focus on a specific lead.

Fortunately for the newbie director, the final 10 minutes of Quitters contain the best moments of the film. Teenagers have revelations and learn from mistakes without transforming into saints, and the film does a fine job of reflecting that. Teenage Clark has screwed up in his life and he’s sure to do it again. This doesn’t make him a bad person. It makes him human.