Film Review: Welcome To Me 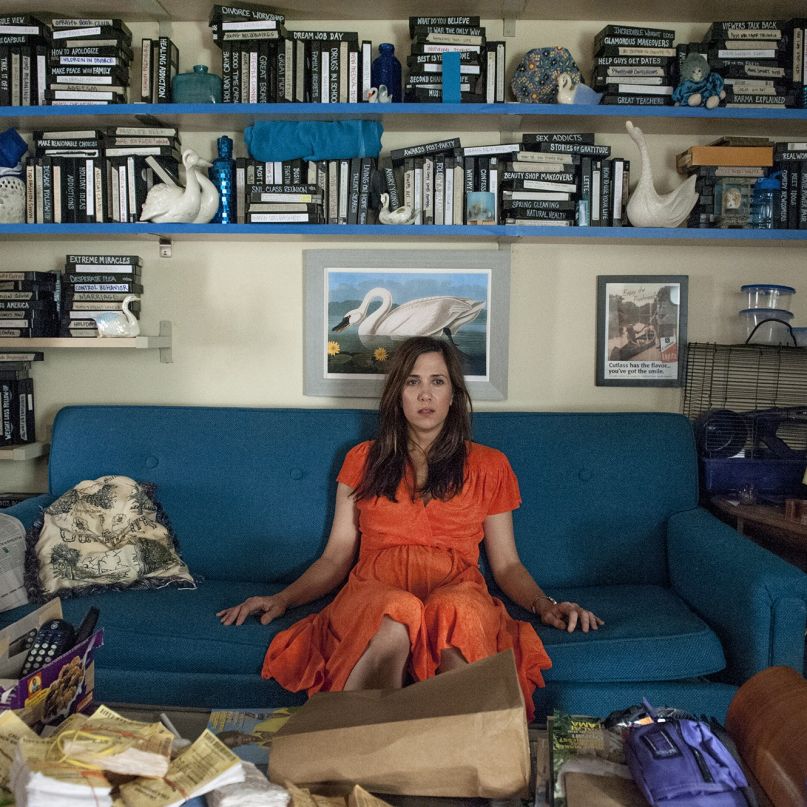 Kristen Wiig may be the funniest woman alive, but even with her Saturday Night Live characters, she has gone to some dark places. Her character Penelope, constantly twirling her hair and casually one-upping everyone in the room, isn’t entirely a narcissist, but feels rightfully delusional.

In a way, Shira Piven’s Welcome to Me imagines how such a character would function in the real world. Wiig is a natural stepping into the role of Alice Klieg, a woman with borderline personality disorder. She carefully toes the line between someone who is mentally ill and a character with broad eccentricities played for laughs. Her subdued yet physical and self-absorbed performance turns Alice into a believable character. But the movie struggles to find the comedy in Alice or the pathos in her situation.

When we first meet Alice, she seems like a female Rupert Pupkin, reciting old VHS tapings of Oprah from memory with dreams of appearing in the infomercials and daytime TV shows she watches obsessively. But unlike Rupert, she’s given a chance when she wins $86 million in the lottery. She then spends a small fortune buying 100 episodes of airtime for her own talk show titled Welcome to Me.

It’s a show all about Alice, by Alice, complete with her own swan boat and self-recorded theme song. Her show is a daytime TV disaster, but slowly she acquires an audience. One grad student (Thomas Mann) even presumes she’s a genius who has invented the performance art genre of a “narrative infomercial”.

Welcome to Me, however, isn’t a satire of the media or a takedown of a narcissistic character. It remains focused on Alice in an attempt to show her reconcile and recover. We see scenes of her with her therapist (Tim Robbins), her supportive best friend (Linda Cardellini), and in an unexpected romance with one of the station’s producers (Wes Bentley).

But as the network reluctantly gives in to Alice’s increasingly outrageous on-air demands, the bigger the train wreck gets, and the more they’re enabling her. Alice is arguably a danger both to herself and to others. That Welcome to Me feels so queasy while allowing Alice’s disabilities to continue to play out as oddball quirks points to how uneven the film is as either comedy or drama.

Piven orchestrates meta set pieces on Welcome to Me’s stage set that directly echo Alice’s past and present memories. Alice screams bloody murder at an actor portraying her deceitful high school friend. She bakes a “strawberry meatloaf cake” and spends five silent minutes eating a slice in front of her studio audience. She even neuters several dogs on air.

The ideas could’ve leapt from Charlie Kaufman’s mind, but they’re played straight and deadpan, as though taken from the SNL stage where this character could’ve originated. Much of the film is disturbing, and in a different setting, Wiig could’ve brought Alice Klieg some true depth. But without that added style or surrealism, the material feels mostly flat and is almost never the truly mind-blowing TV disaster Piven is aiming for.