Letterman nabs his favorite band for one last performance 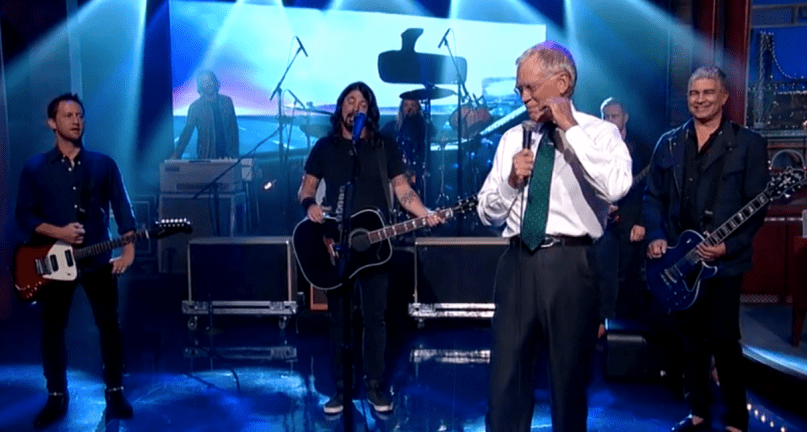 Foo Fighters were noticeably absent from David Letterman’s final run of shows as host of Late Show, and now we know why: they were saved for last. Dave Grohl and co. will serve as a surprise musical guest on the final episode of Late Show with David Letterman, which is set to air Wednesday night.

One of his all-time favorite bands, Letterman has welcomed the Foo’s for countless performances over the years. The band made its TV debut on Letterman in August 1995 with a performance of “This Is A Call”. In 2000, the returned to the Ed Sullivan Theatre to serve as the musical guest for Letterman’s first show back after undergoing an emergency quintuple bypass surgery. That appearance saw the band rock out to “Everlong” and has gone down as one of the band’s most legendary performances to date.

More recently, Foo Fighters performed a week-long residency on Letterman in 2014, which culminated in a poignant rendition of “Miracle”. Letterman introduced the song relaying a story about taking his four-year-old son skiing, which the ski instructor caught on video and soundtracked with “Miracle”. “It’s the second song of theirs that will always have great great meaning to me for the rest of my life,” he explained.

While we wait to see what Foo Fighters perform for their final Letterman appearance, revisit some of the more memorable performances below.