Meliora is due out later this summer 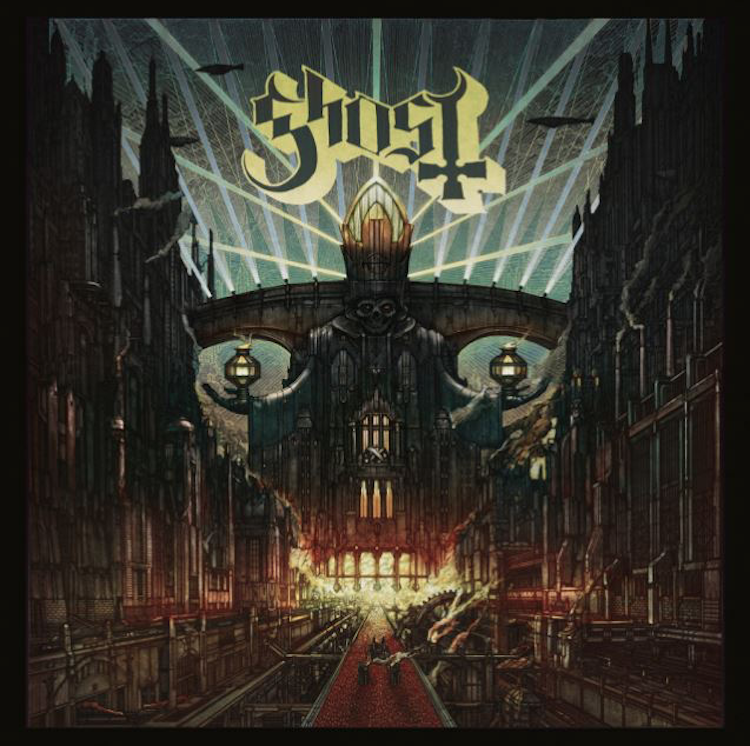 The band initially announced the album via a late-night television commercial, which also revealed the band’s new frontman. Papa Emeritus III replaces Papa Emeritus II, whose long-held secret identity was revealed last summer. The new Papa is said to be the younger brother of the previous singer. According to the ad, he’s stepping into the role because no churches have been erected and no governments crumbled under the watch of the “miserable, wounded and bitter old” Papa II. (Some speculate that Papa III is really just Papa II in a new costume.)

The Nameless Ghouls are also getting new masks, which are revealed in the clip. The commercial ends with a snippet of new music and the words, “He’s coming. Philadelphia. September 26.” Though there’s no word on exactly what that tease is about, there’s a good chance it’s a tour date.

Papa III will make his live debut on June 3rd in the band’s hometown of Linkoping, after which they’ll join up with Foo Fighters for a pair of dates in Oslo, Norway and Heden, Sweden. The “new” singer’s US debut will come June 18th at a gig in Denver.

Meliora follows 2013’s Infestissumam, as well as the Dave Grohl-produced covers EP, If You Have Ghost. That’s the new album’s artwork above, and you can find the tracklist below.