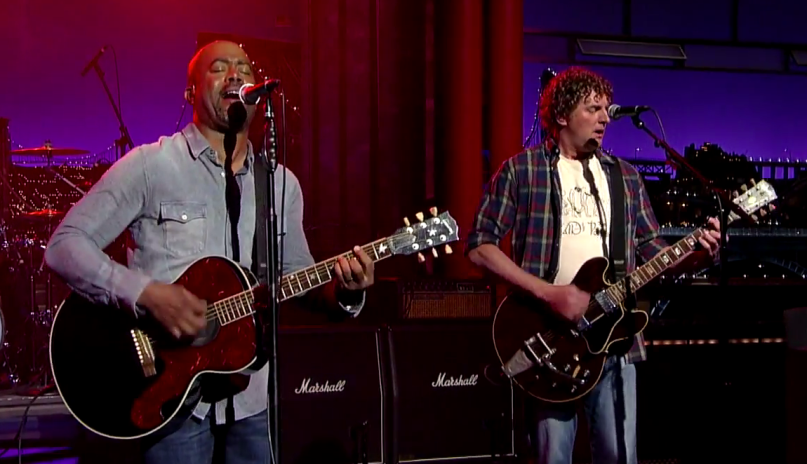 Not unlike Future Islands, the South Carolina roots rockers owe quite a bit of their early success to Letterman. As the story goes, the host and comedian invited Hootie & the Blowfish to the Big Apple back in 1994, after hearing their Cracked Rear View single “Hold My Hand” on the radio. The band’s big TV debut on Letterman’s Late Show was an instant hit, a breakthrough moment which helped turn them into a household name.

More than 20 years after that fateful night, Hootie & the Blowfish returned to thank and bid Letterman farewell in advance of his final episode next month, performing the song that started it all: “Hold My Hand”. Watch the replay below.

Before his final episode on May 20th, Letterman will welcome a bevy of special musical acts, including Tom Waits, David Matthews Band, The Avett Brothers, and Norah Jones.