James Murphy to open a wine bar and restaurant in Brooklyn 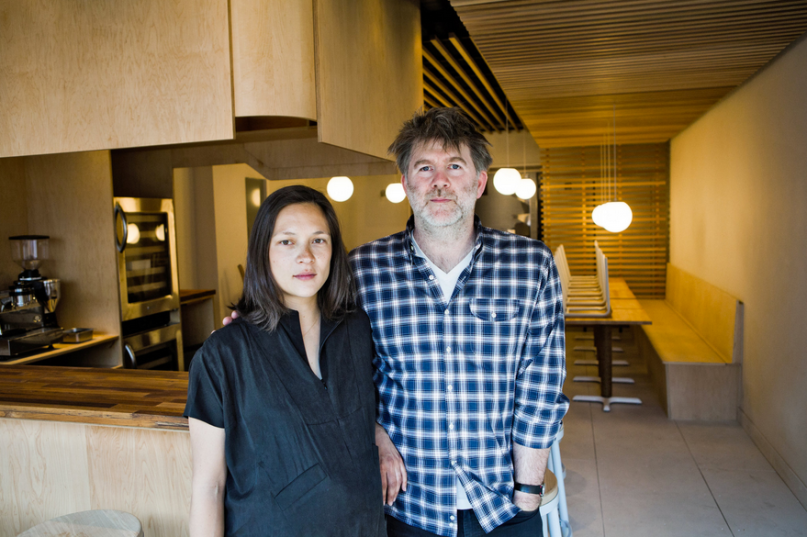 Since being turned on to the stuff in 2008, James Murphy has been a passionate wine enthusiast. He’s a well-documented collector, and even hosted a tasting seminar aboard the S.S. Coachella. Now, the LCD Soundsystem founder is going one step further, taking inspiration from his Arcade Fire brethren by opening his own wine bar in the Williamsburg neighborhood of Brooklyn, New York.

Murphy and his wife, Christina Topsoe, (above) will launch Four Horsemen in early June at its location at 295 Grand Street. The wine list will initially offer 160 varieties, with an aim towards 350 in the future. It’s being co-curated by Justin Chearno, the man who first introduced Murphy to wine in Paris seven years ago. The selections will focus on natural wines, but Murphy isn’t being snooty about it. “We’re not dogmatic,” he told The New York Times. “Like, we don’t want to be part of an argument. If I opened a record store, it wouldn’t be all punk rock and esoterica.”

In addition to wine, the Four Horsemen will feature a food menu provided by Chef Nick Curtola of Brooklyn’s Fanny’s.

Not one to do anything halfway, the producer/film composer/coffee bean blender has taken exceptional care in planning the soon-to-be hotspot. “It has to be economically sustainable,” he insisted. “It’s not a vanity project.” That means taking reservations (“… I don’t want to go to a restaurant anymore and be told, ‘Three hours.'”) and choosing the best material for the building’s acoustics. Walls lined with burlap and a ceiling covered in cedar slats and sound-absorption panels make it so the place “doesn’t sound cavernous. All people will know is that they’re happy. They’ll not feel the unpleasantness.”

As for why the still-in-demand musician decided to open a wine bar, Murphy quipped, “I need something with really low margins, high risk, brutal hours and which I have no experience at.”