A barrage of found footage, lo-fi performance video, and quotes from Rumi 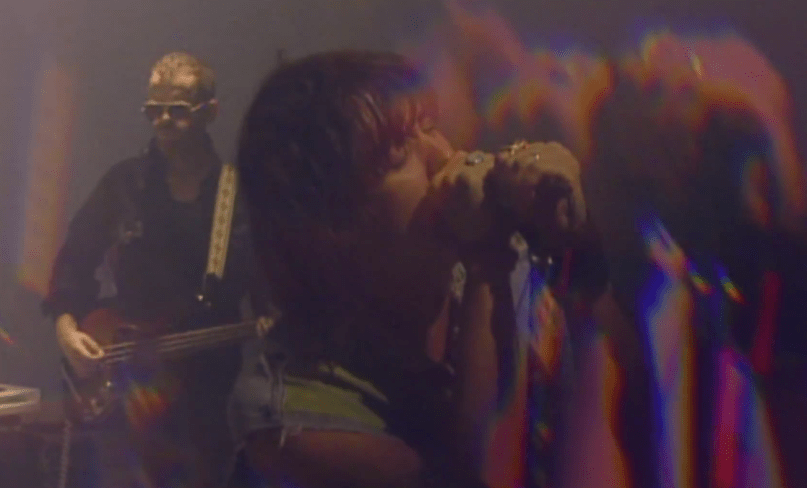 In his review of Julian Casablancas’ sophomore solo album, Tyranny, Michael Roffman described “Human Sadness” as a “spiraling existential anthem” that “oscillates between the intimacy of a cabaret singer and the thunder of a tortured arena rocker.” Appropriately, the song’s music video is equally bizarre, a 13-minute barrage of found footage paired with quotes from 13th century mystic poet Rumi and lo-fi video of The Voidz. Watch below.

Update: According to Casablancas, the concept for the video is loosely based around the final moments of the Titanic when “‘the band played on,’ “where at some vague future date everything is going to hell and we just decide to play in our modern-retro rehearsal space as everything is falling apart around us….and so it ends with the earliest form of music video (the ancient greek ‘zoetrope’ of the leap-froggers) symbol of man endlessy copying each other, trying to get by and out-do each other and survive….we create, desire, seek to be entertainment, and destroy, all while experiencing, propagating and trying to escape pain of some kind.”

Later this week, Casablancas + The Voidz kick off a European tour at Barcelona’s Primavera Sound Music Festival. The Strokes are also due to play Primavera, as well as US festivals including Landmark and Austin City Limits.