A performance fans could neither see nor hear 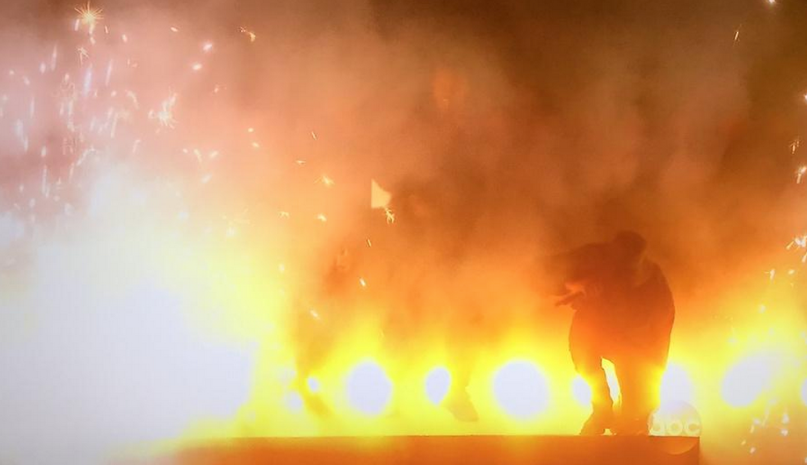 Kanye West hit the stage at the MGM Grand to close out the 2015 Billboard Music Awards. Anyone in the audience or watching on television would never have known it, however, as Kanye delivered a performance that could neither be seen nor heard.

The Chicago MC opted to perform two of his most divisive tracks, “All Day” and “Black Skinhead”, leading to a censored television broadcast that was mostly inaudible. Visually, a heavy screen of smoke left Kanye nearly invisible to the eye.

Here’s how it appeared on television:

Kanye didn't disappoint in that his closing song was a giant FU to the general conventions of awards shows. #BBMAs

Kanye closed #bbmas w/ a song that needed to be almost entirely censored & used production that kept anyone from seeing a thing. #PunkRock

Here’s an uncensored version from inside the venue (via Mashable):