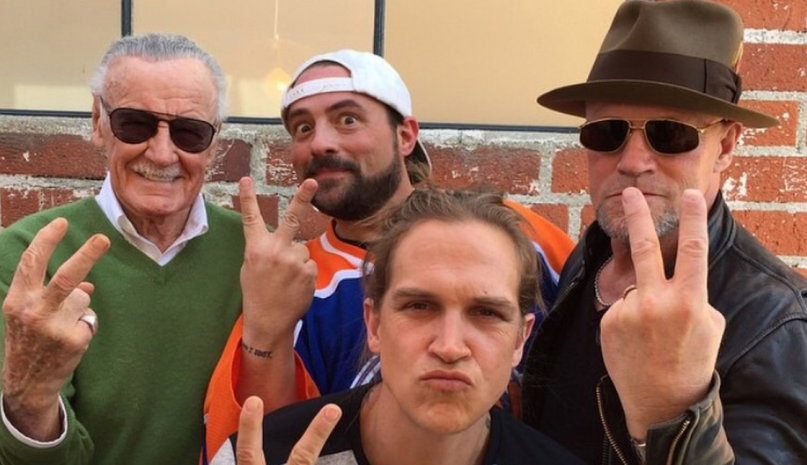 The long gestating sequel to Kevin Smith’s 1995 film MallBrats is due to start shooting later this year for a 2016 release. In anticipation, Smith has revealed the film’s title via a tweet dedicated to a producer of the first film.

20 years in the making. 113 pages fulla old friends & new jokes. This is for you, Jim. Wish you were here. #MallBrats pic.twitter.com/O6HfIWbRY6

According to SlashFilm, MallBrats is set to feature 18 returning characters as well as six original characters for the film, quite possibly the brats mentioned in the title. Centering the film around new, younger characters would be a smart move for Smith to bring the film to a new generation, one that has by and large grown up without malls as an exciting or fun place to hang out at. Aside from Ben Affleck, who is a little busy these days, nearly the entire main cast of MallBrats is due to return. Even Stan Lee will return as himself, in a more expanded role than relationship expert to Jason Lee’s Brodie.

The Jim mentioned in the tweet is Jim Jacks, a producer on the first film who had fought hard for a sequel that he referred to as “Die Hard in a mall”, but passed away last year after losing contact with Smith. Smith resurrected the idea in honor of his friend.