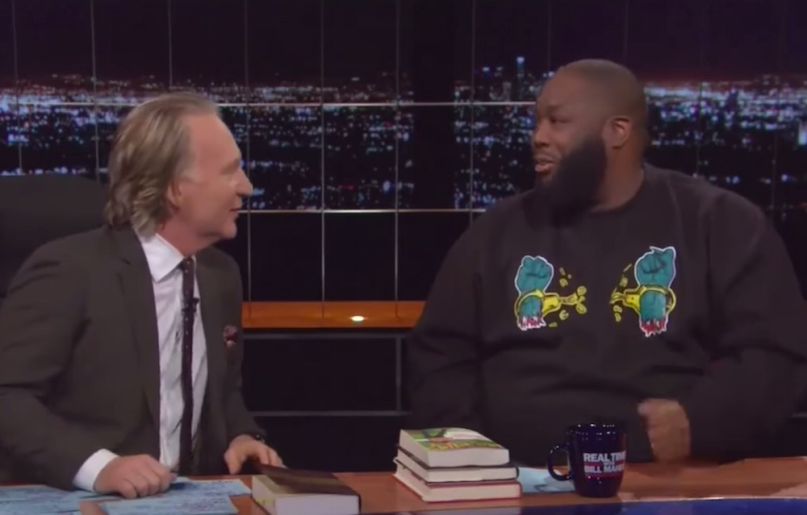 Killer Mike’s social commentary not only makes its way onto his and Run the Jewels’ music. Since the tragic shooting of Michael Brown last summer, the MC has been outspoken on a much more visible level, offering his thoughts on racism and police brutality through powerful op-eds, poignant speeches, formal talks at MIT, and even national TV.

Last night, Killer Mike continued to speak his mind as a guest on HBO’s Real Time With Bill Maher, where he was joined by political scientist Charles Murray, public policy pundit Heather C. McGhee, director/writer John Waters, and activist/writer Ayaan Hirsi Ali. In addition to racism, the panel discussed the situation in Baltimore and violence. They also spoke about Bill O’Reilly and his recent claims that hip-hop is to blame for the decline of religion in the US. “He’s as fictional as those books he writes,” Killer Mike said, adding, “He’s more full of shit than an outhouse.”

Watch clips from the show below.