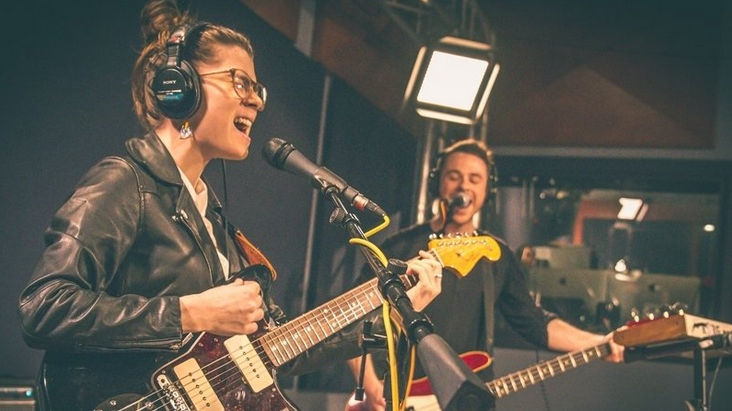 Lady Lamb, aka Aly Spaltro (fka Lady Lamb the Beekeeper), stopped by NPR’s World Cafe recently in support of her recent, amazing album, After. The good Lady and her band showcased three of the new LP’s many highlights, “Billions of Eyes”, “Spat Out Spit”, and “Batter”, along with “You Are the Apple” from her debut, Ripely Pine. Spaltro also discussed how the new material and sound came about, as well as the incredible true story she mentions in “Billions of Eyes” about how her aunt became a Saint and was buried in the Vatican.

Listen to the whole show below, followed by video of her performing the aforementioned “Billions of Eyes”.

Previous Story
Tobias Jesso Jr. delivers a touching performance of “Without You” on Jools Holland — watch
Next Story
The first-ever Amazon review of The White Stripes is something to behold
Popular
More Stories
[fu-upload-form form_layout="media" title="Submit Your Photo"][input type="hidden" name="ugc" value="1"][/fu-upload-form]