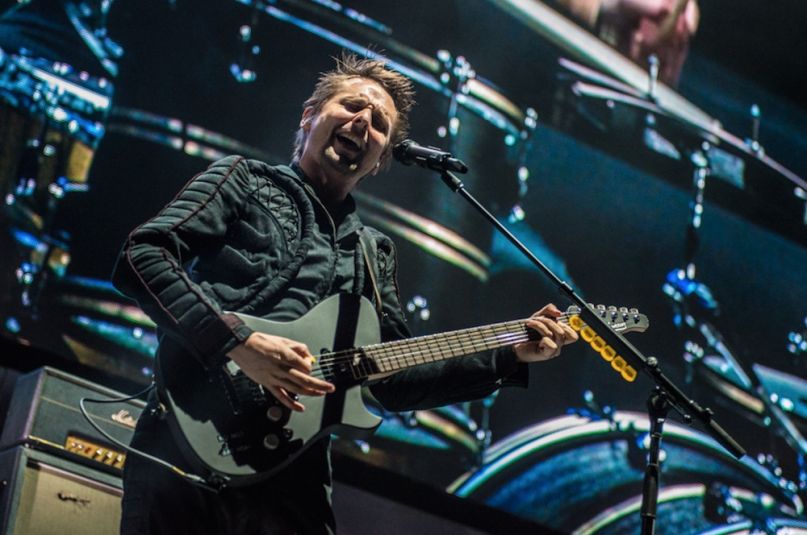 With less than a month to go before the release of new album Drones, English rockers Muse has unveiled another single in “Mercy”. According to a press release, the anthemic, piano-charged number follows a narrative that originally began with the earlier tracks “Dead Inside” and “Psycho”.

“The opening line of ‘Mercy’ — “Help me, I’ve fallen on the inside” — is a reference to the protagonist [of the album] knowing and recognising that they have lost something, they have lost themselves,” explains frontman Matt Bellamy, adding, “This is where they realise they’re being overcome by the dark forces that were introduced in ‘Psycho.'” Listen to “Mercy” below via its lyric video.

Bellamy had previously described the LP as an exploration of the “journey of a human, from their abandonment and loss of hope, to their indoctrination by the system to be a human drone, to their eventual defection from their oppressors.”