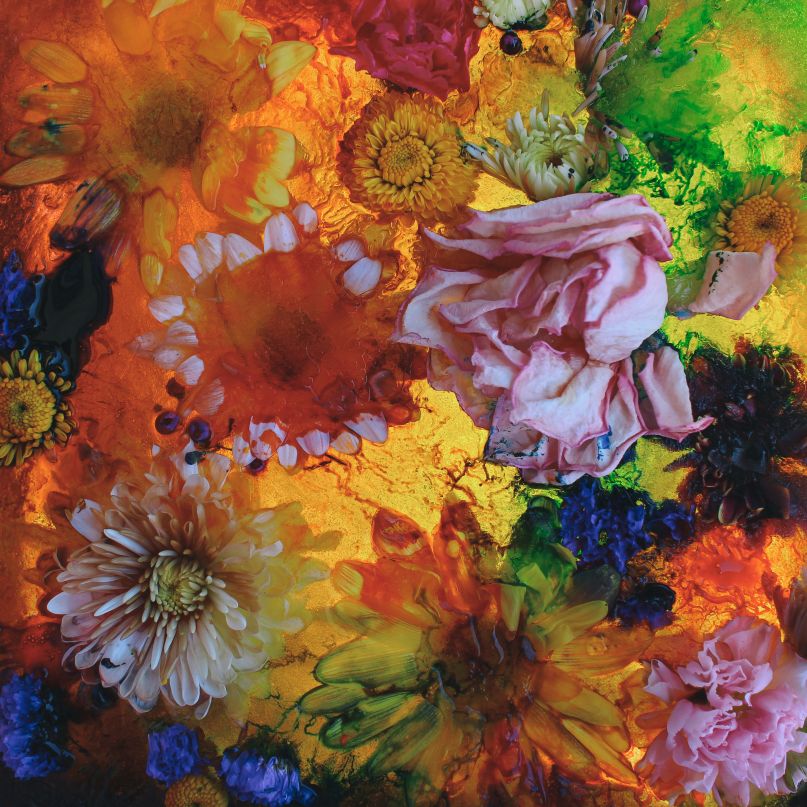 Since he started putting out albums under his own name, Owen Pallett has made some of the best classically-minded pop music this side of the aughts. His last album, In Conflict, ranked among our favorites of 2014 with its playful synths and string theatrics. Before he used his real name on his records, however, Pallett went by Final Fantasy — and before that, he helmed an experimental pop trio called Les Mouches with Rob Gordon and Matt Smith, two musicians he still calls collaborators today.

Les Mouches only played about 30 shows together, and only within their native Canada. They had some fans and some haters: “One kid I call a friend got so angry about hearing our music on Guelph radio that he wrote many posts describing us as, among other things, ‘the worst music he’d ever heard,'” said Pallett in a press release. They broke up shortly after releasing their first full-length album in 2004 because, Pallett said, “my life was in shambles.” Now, that record, entitled You’re Worth More To Me Than 1000 Christians, is seeing its way onto vinyl for the first time this summer courtesy of Brooklyn label Orchid Tapes.

Our first listen to the long-lost record comes in the form of “Carload of Whatever”, a nervous, skittering track that sounds more like something dredged up from Jamie Stewart’s brain than anything Pallett’s put out recently. That makes sense; Pallett cited Xiu Xiu as a key influence in a 2005 interview with Exclaim!: “I don’t think I ever really understood music-making until I heard Xiu Xiu in early 2002. All of a sudden I understood why I loved the Smiths but hated the Stone Roses, and why the concept of ‘singer-songwriter’ was flawed,” he said.

True to form, “Carload of Whatever” includes lyrics about giving head and self-mutilation, as well as a few good unintelligible shrieks. It’s a strange headspace to hear Pallett occupy, but it also grounds his contemporary work in a richer history. Listen in below.

You’re Worth More To Me Than 1000 Christians sees its remastered vinyl release, complete with new artwork, on July 28th, and can be pre-ordered from Orchid Tapes now.

You’re Worth More To Me Than 1000 Christians Tracklist:
01. Cities Become Less Important
02. Carload Of Whatever
03. Daddy Needs A Daddy
04. Behold The Hands Of Men
05. Divorce The Ones You Love
06. Little coup
07. Spalding Man
08. Lucy On Her Birthday
09. What We Know As Buildings Have Always Been Canyons