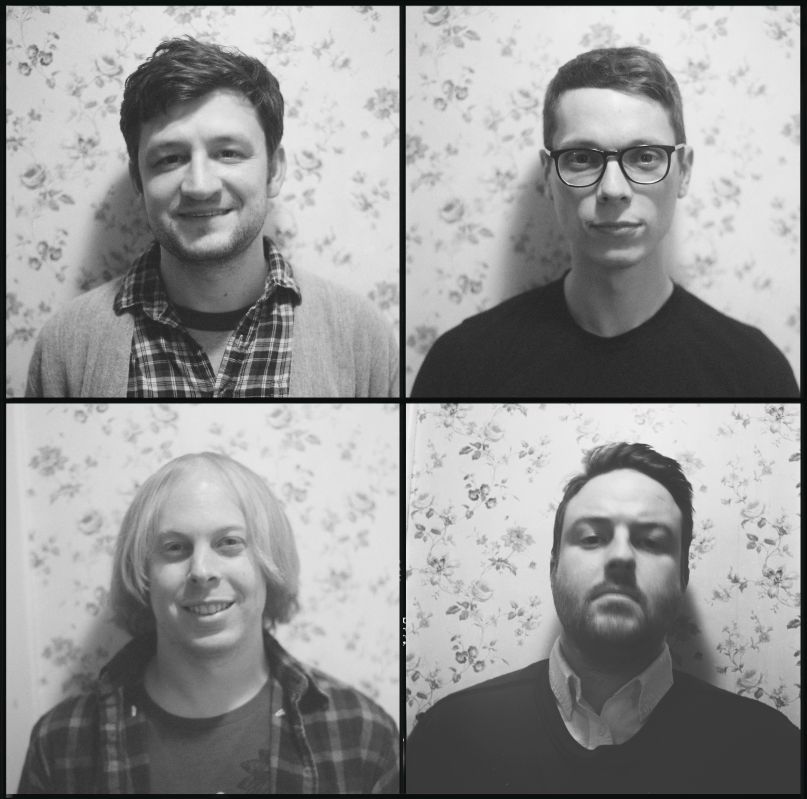 For over 15 years, Someone Still Loves You Boris Yeltsin has consistently delivered infectious and celebratory indie rock. Their best is still yet to come, however, as the Missouri outfit is gearing up to release their new album, The High Country. According to a press release, the 11-track effort serves as the LP the band “has been building up to its entire career.” A lofty statement, to be sure, but it’s a claim SSLYBY has backed up so far with thrilling singles “Step Brother City” and “Trevor Forever”. With new song “Line On You”, the group manages to up the ante.

Frontman Philip Dickey appropriately sets the tone for the song with the opening line, “We got so goddamn drunk/ I felt ashamed when we woke up”. Over crunchy guitars and snapping drums, he and his friends theorize how they got themselves in such a mess and assess the damage that’s been done. Much like one’s head the day after a good party, the track jumps between punk rock ferocity and dream-like spells before both worlds finally collide and find common ground. It’s youthful debauchery meets power-pop prowess, which according to frontman Philip Dickey is a prime example of what to expect from The High Country.

“We wanted to make an album with heavy 2-minute pop songs and deep, deep hooks,” Dickey says. “Polyvinyl told us ‘Line On You’ should be track 1. I started making demos of it when we were on tour with Tokyo Police Club and Two Door Cinema Club in 2011. But It didn’t really come together until we were at [former Death Cab for Cutie member] Chris Walla’s studio in Seattle with [producer] Beau Sorenson at the board. Beau helped us figure out how to get all our favorite guitar sounds in a 2-minute song. I think he’s obviously going to win a Grammy for his work on this chart topping single.”Take a listen below.

The High Country is out June 2nd via Polyvinyl Records. Pre-orders are ongoing. The band will also hit the road at the end of this month for a U.S tour. Check out the dates beneath the tracklist.