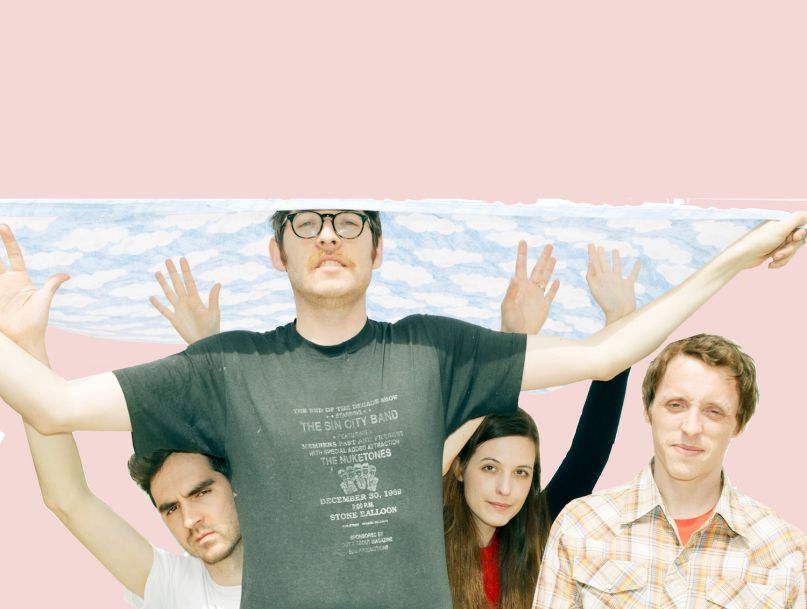 What do you get when you combine the musical talents of Spinto Band members Nick Krill and Joe Hobson and the visual arts prowess of Albert Birney and Catherine Maloney? Well, that would be the inventive indie pop outfit Teen Men.

The Delaware band took its name from a 1960s Playboy issue that highlighted the “teen men” mindset, a way of thinking that involved “taking risks, irrational self-confidence, and the search for new experiences.” While 2015 is a long ways off from those flower power days, the freewheeling, experimental flair of that era figures prominently in the group’s material. Case in point: Teen Men’s new offering “Los Angeles”.

Here, Teen Men seem to re-imagine the bustling, smoggy SoCal city as a paradise-like destination, painted in lovely summer pastels and warmed with glimmering synths. Has Tinseltown ever sounded this idyllic? The four-piece’s accompanying video is equally fetching, and sees animator Phil Davis conjure a technicolor cosmos where goofy jellyfish-like blobs and dancing, neon squiggles reign supreme. Check it out below.

“Los Angeles” will appear on Teen Men’s self-titled debut album, which is slated to hit stores on July 14th through Bar/None Records. For more of the LP, check out “Hiding Records (So Dangerous)” and “The Sea, The Sea”. Pre-order it here.

In support, the band will be touring with Clap Your Hands Say Yeah this summer.