Plus, the band announces an archival book of concert posters 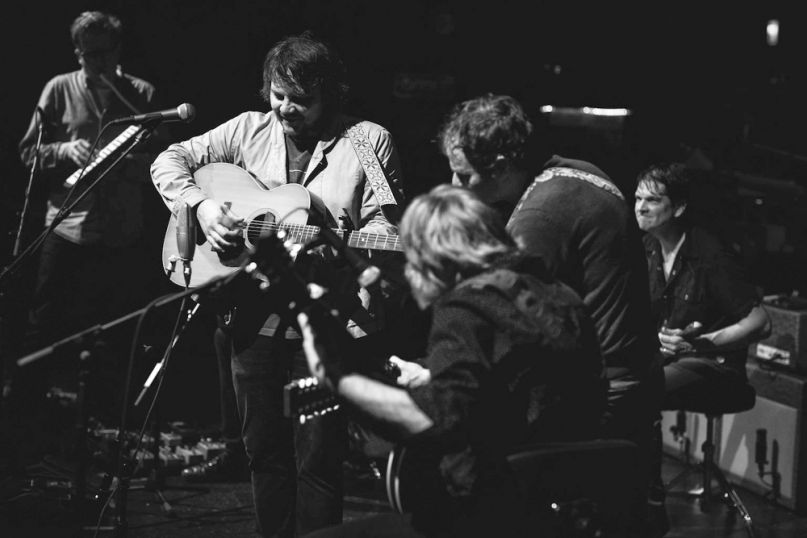 During the band’s recent tour stops, Wilco has been unplugging its instruments to deliver acoustic encores. It’s a move the musicians have rarely done in the past, but now they’re taking it a step further. They’ve announced that their Friday night headlining set at their own Solid Sound Festival will be their first-ever full acoustic performance.

The performance will go down on the evening of June 26th at the Massachusetts Museum of Contemporary Art in North Adams, the home of Solid Sound. However, Jeff Tweedy says the current plan is to go back to electric instruments at some point during the show. “Right now we’re thinking about playing somewhat mirrored sets on Friday and Saturday nights,” Tweedy said in a statement. “On Friday, the main set will be stripped down and acoustic and the encores will be electric. On Saturday we’ll flip it. Start big and loud and finish acoustically. We’ll see how it goes. It’ll be a bit of an experiment, but the Solid Sound audience is usually game for whatever we throw at them.”

“It’s been a great experience for the six of us to perform our songs this way,” Tweedy added about the acoustic versions. “It’s a bit of a rediscovery of the songs and a way for us to reconnect musically with one another. I found myself really looking forward to this part of the set every night on the most recent tour.”

In related news, Wilco has announced a new archival book of tour posters called Beyond the Fleeting Moment: Wilco Concert Posters 2004-2014. Collecting more than 200 pieces of artwork from the road, the 224-page hardbound book also includes “rare live photographs by Zoran Olic.” Tweedy compiled the posters himself, and the book will go on sale during the first day of Solid Sound, June 26th. Pre-orders are going on now via the band’s merch site.

Solid Sound tickets are still available through the festival’s website. As a preview of what Wilco’s all-acoustic set will sound like, check out their performance of “Casino Queen” during their semi-infamous gig at Indianapolis’ Murat Theater. Underneath the track, find the cover of Beyond the Fleeting Moment and a sample page.