London folk trio to release its first EP this summer 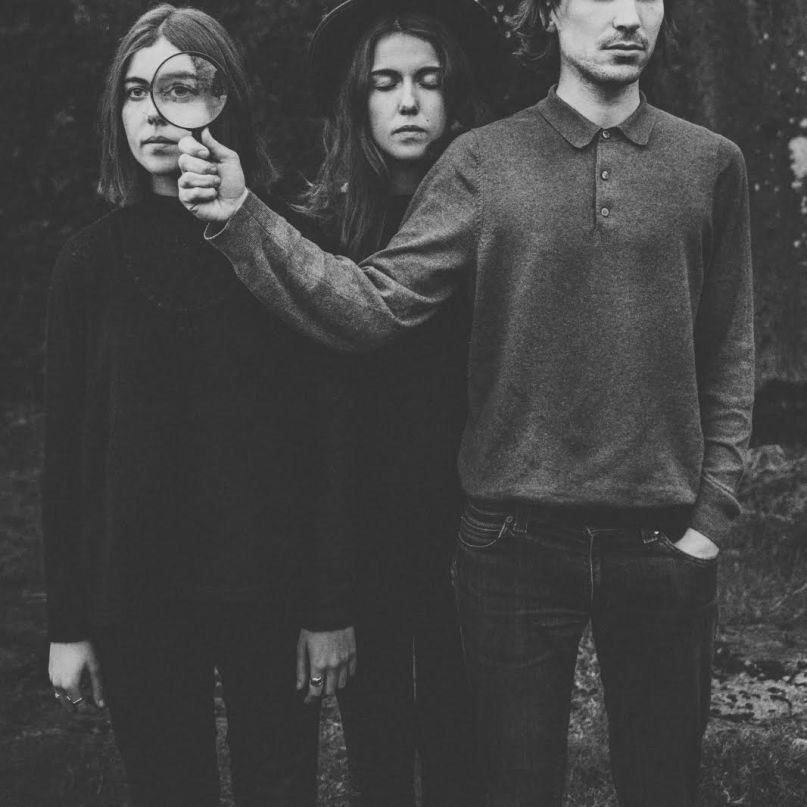 London folk rockers Wovoka Gentle believe in the power of traditional songwriting, but it’s how they embrace the unusual and unorthodox that really sets them apart from most like-minded acts. A press release describes the rising trio as “an evolving project that demonstrates the importance of risk, experimentation and growth, challenging boundaries and opening up questions,” and one that engages with listeners in a complex yet intimate way. “We want you [the listeners] to find your own narrative in our music and join in with us,” wrote the band, comprised of twins Imogen and Ellie Mason along with William Stokes.

The essence of Wovoka Gentle’s spirit, which at times nods at the sounds of the late ’60s, jazz, and contemporary avant-garde, is best captured in “Seventh Day”, the three-piece’s official debut single. Taking in the track for the first time is like witnessing the slow-motion blossoming of a rose — it’s a delicate, wonderfully inspiring experience that also happens to be incredibly natural and instinctual. Surreal is really the only word that comes to mind for such an impressive introduction.

“A key aspect of our music comes from trying to play our instruments in relatively unconventional ways,” Wovoka Gentle tells Consequence of Sound, adding, “For example, hitting guitars with drum sticks, using noisy synth modulation or heavily affecting acoustic instrument sounds until they’re pretty unrecognizable. We would still call ourselves a folk band though — that tradition of songwriting is at the heart of all of our songs.”

“Seventh Day” is off the band’s forthcoming Wovoka Gentle [Yellow] EP, which is slated to hit shelves on July 13th via Yucatan Records. Subsequent EPs will also be self-titled, but feature different colors. Pre-order it here.