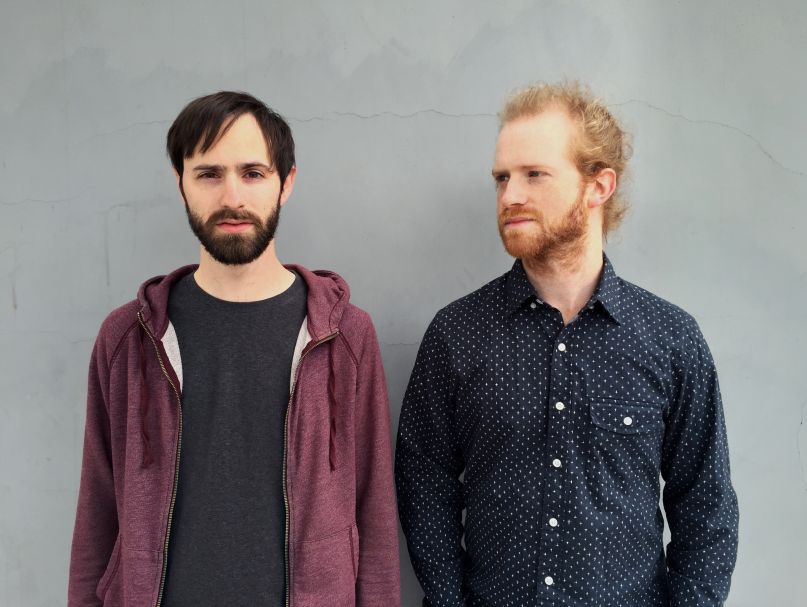 Alex Pfender and Noah Dietterich have spent most of their lives together. They met in fifth grade while surrounded by the idyllic pines of Corvallis, Oregon. There they absorbed a love for folk, but more so the New York style of Paul Simon than the ever-thriving Pacific Northwest sound. When they left and headed for music school in LA, however, they found those influences repositioned in the flood of electronics washing over the California scene. As their roots sucked up the groundwater of their new home, the pair’s own music grew into the folktronica sounds of yOya.

Following up last summer’s single “Fool’s Gold”, the duo today releases their latest offering, “The Heartwood”. The tender number opens with gentle synth drones behind Pfender and Dietterich’s fragile harmonies. But even as acoustic guitar strums keep things anchored in a folk tradition, looping 808s interplay with beams of gentle electronics to form an atmosphere befitting simultaneously a cabin high in grassy hills or a rooftop overlooking a gleaming city. In either location, a lover is begging for his darling to stay: “Don’t put your dress back on/ It’s just before the dawn/ and the light fills your empty shoes.”

Pre-orders for “The Heartwood”, produced by Jon O’Brien (White Denim, Young the Giant) and due May 26th, are going on via the band’s Bandcamp. They’ll be performing the new track alongside past favorites on a short tour beginning today that sees them teaming with PHOX. Those dates are below.