Cayucas – Dancing at the Blue Lagoon 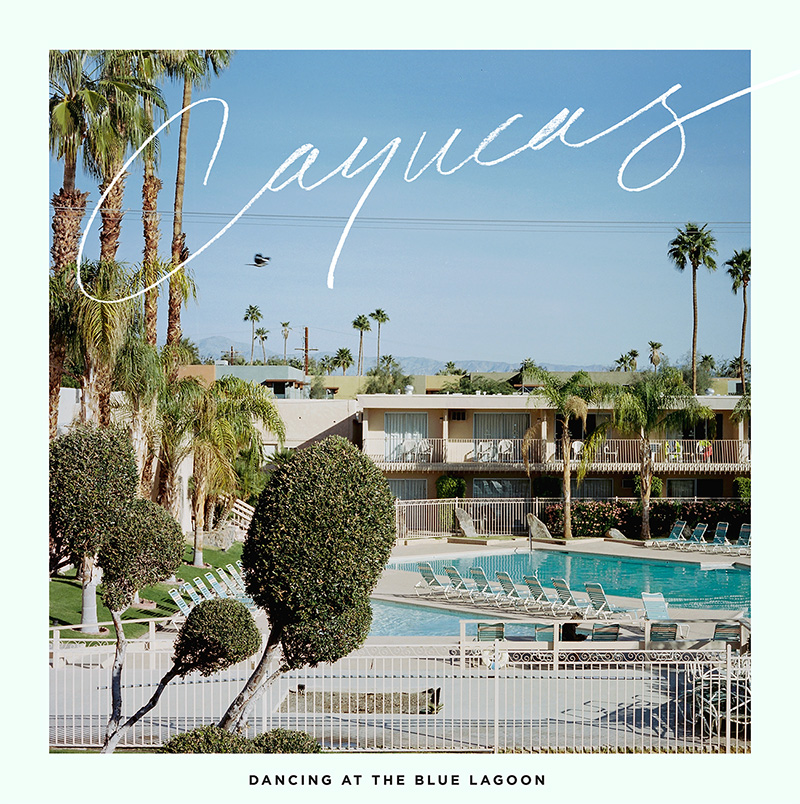 Ever since Cayucas changed its name from Oregon Bike Trails and signed with Secretly Canadian, singer-songwriter Zach Yudin has struggled to find a distinctive voice. Bigfoot, the Santa Monica, California band’s debut album, sported some catchy choruses and quirky syncopation, but the similarities to Vampire Weekend were simply too strong to ignore. In an unsparing review, Pitchfork’s Ian Cohen poked fun at Yudin for plagiarizing Ezra Koening’s “vocal inflection, choice of guitar, taste in graphic design, and footwear selection.” Yudin countered that there’s nothing wrong with imitating your influences: “If you’re inspired by Vampire Weekend, and that’s the band you want to sound like, do what feels right for you to do.” He had a point. Many of history’s greatest bands started out by replicating their forebears. The Beatles, Stones, and Kinks all began by covering Chuck Berry, Bo Diddley, and Jimmy Reed.

Still, there comes a time when every aspiring artist has got to strike out on their own, explore uncharted territory, and offer up something unique. The few that succeed leave their mark on our cultural consciousness; the rest fade quickly amidst a sea of faceless copycats. Unfortunately for Cayucas, Dancing at the Blue Lagoon has Yudin trudging further down the path to obscurity.

Rather than braving the road less traveled, Yudin doubles down on his replication of trite indie rock tropes. From opening cut “Big Winter Jacket”, a string-drenched chamber rock tune à la Ra Ra Riot, to lead single “Moony Eyed Walrus”, which parrots (big surprise) Vampire Weekend, there’s just nothing new here. “Hella” is anchored by an extremely irritating, repetitive chorus, while surf rock track “Dancing at the Blue Lagoon” sounds like something a DJ might play at a tropical-themed bar mitzvah. It’s no crime to show your influences. However, what Yudin fails to grasp, and what makes Dancing at the Blue Lagoon such an instantly forgettable LP, is that enduring art requires much more than mimicry.