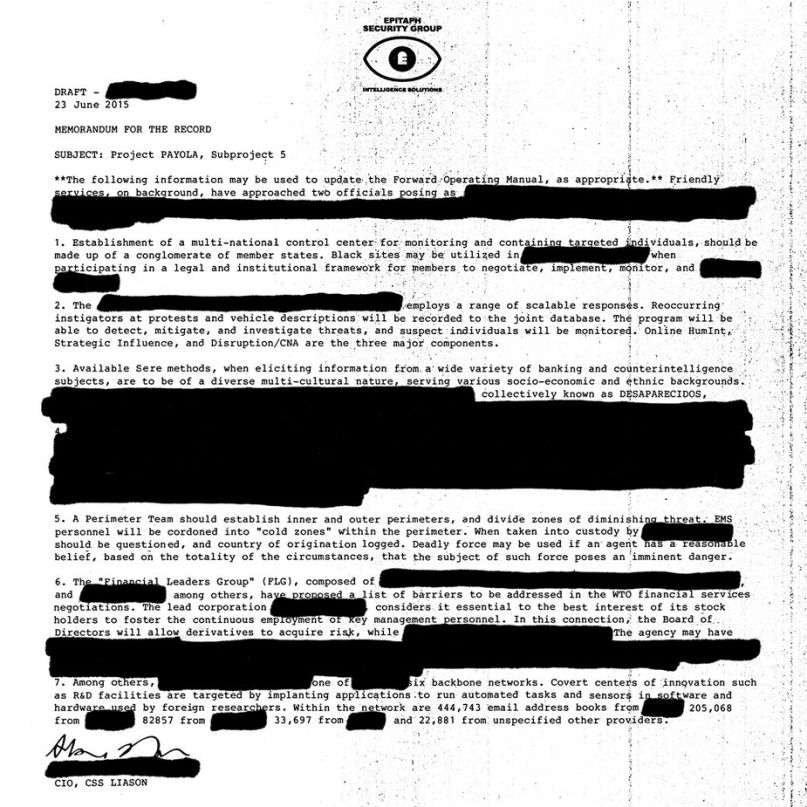 Between the first and the new Desaparecidos album, Conor Oberst has aged from 22 to 35. If you’ve kept up with his songwriting with Bright Eyes, Monsters of Folk, or his work as simply Conor Oberst, you’ve noticed maturity has impacted his music on all fronts. There’s been a move away from his boyish, emotional lyrics, and his sonic arrangements shun lo-fi home recordings, growing in scope as cohort Mike Mogis has improved in his own right as a producer. As Oberst has grown up, so has his audience, and a turn from the songs that first got him noticed has always been appropriate, with a return to the music of Oberst’s youth never really considered a possibility either within the confines of Bright Eyes or under his own name.

This rule of thumb does not apply to Desaparecidos. Thirteen years after debuting with the now beloved Read Music/Speak Spanish, the Omaha-based five-piece have picked up right where they left off, turning any notion that sonic growth is required as decades pass into vapor of flawed logic. Instead, the new album, Payola, sounds perfectly at place next to Read Music/Speak Spanish, yet never requires a familiarity with anything Oberst has made before to appreciate the inciting content or punk-indebted, melodically inviting songwriting.

Maybe part of the comfort that Payola finds in its sonics comes from the notion of an “emo revival.” Acts ranging from The So So Glos (who appear on the album) to Joyce Manor have been well-received tourmates of Desa, possibly adding to the comfort level that Desaparecidos find in making an album that sounds like a conventionally timed follow-up to Read Music/Speak Spanish. Not only does Payola make sense within these confines, it even sounds inspired.

Part of what makes Payola work is the time the band took in crafting it. Its singles began rolling out three years ago, with six songs in total appearing before the album was even announced, and as such, the instant familiarity that comes from much of the music isn’t hard to pinpoint at all: It’s familiar because much of the record has been previously released or road-tested. The songs that haven’t been shared yet still act as if they’ve been thoroughly worked out, with never a moment coming across like there’s any uncertainty that it belongs on the album or in the Desaparecidos catalog. Little has been left to chance, and as such, Payola is a record made to last.

The previously released material includes the opening three-song run that ends on the album’s first new single, “City on the Hill”, after “The Left Is Right” and “The Underground Man”. The effect is that Payola comes out swinging, with Oberst saying on “The Underground Man”, “You got lots of big ideas, but no one can hear them now.” This idea comes across as a sad but true realization of 2015, that activism has become, as Oberst says, trite. The result is fewer and fewer broadly political records like this one, and the ones that do come out tend to be quarantined under the label of political music (as Neil Young is facing with his upcoming release, The Monsanto Years). Oberst tries not to exemplify this triteness over the course of the record, but it’s easy to feel overwhelmed by the political rantings and rumblings when they cover such a broad range of topics and are less about solutions to problems than they are about pointing out the problems that exist in a form of solidarity.

Still, that ultimately feels like the point of Payola. In concert, Oberst has spoken about the sarcastic lyrics he uses Desaparecidos as a dumping ground for, and it’s easy to hear what he means on “City on the Hill” when he sings about everyone winning the lottery and getting rich together in America, the lyrics rolling out with an implied smirk. Payola has many moments like this, and the relatability varies depending on your experience with day laborers and the amount of times you have been security screened at an airport; but, regardless, the frustration that comes from simply living in America is a worthwhile topic, and one that finds a more common home on Twitter these days than in song lyrics. Oberst’s songwriting ability makes the pill easy to swallow, balancing having something to say with simple, pleasing woah ooohs later on that same song.

With Oberst screaming as much as shouting, new tracks like “Golden Parachutes” and “Slacktivist” benefit from the songwriter’s ageless wailings and his innate gift of melody. Since he was a teenager, Oberst’s voice and hooks have fought a perilous lovers’ quarrel, and with Desaparecidos, the two can marry and be at peace.

This makes Desaparecidos’ move to punk’s preeminent label, Epitaph, make all the more sense, even if it’s surprising to see Oberst working outside his own longtime label, Saddle Creek. In the end, Desaparecidos are making a play to reach beyond Oberst’s built-in niche. Sure, Mogis is still turning the knobs, but the band is presented as a band apart from Oberst’s personality, with longtime members Landon Hedges, Matt Baum, Denver Dalley, and Ian McElroy all integral to the process of making Desaparecidos work as a group effort. Instrumental sections like the big finish of “10 Steps Behind” and the riff around which “MariKKKopa” is built are as memorable as any of Oberst’s fiery words. The overall impression is that Oberst couldn’t do this on his own, and his reliance on others may be the ultimate sign of maturity.

At that, Payola is more than its politics, more than Oberst’s star power, and more than a nostalgia trip for people who adored the group’s debut in 2002. Few bands can return after a 13-year absence and sound vital and fresh, transforming an old-school approach into a process that sounds original. That’s precisely what Desaparecidos have done, making Payola a welcome comeback surprise.

Essential Tracks: “The Left Is Right”, “City on the Hill”, “Slacktivist”, and “10 Steps Behind”