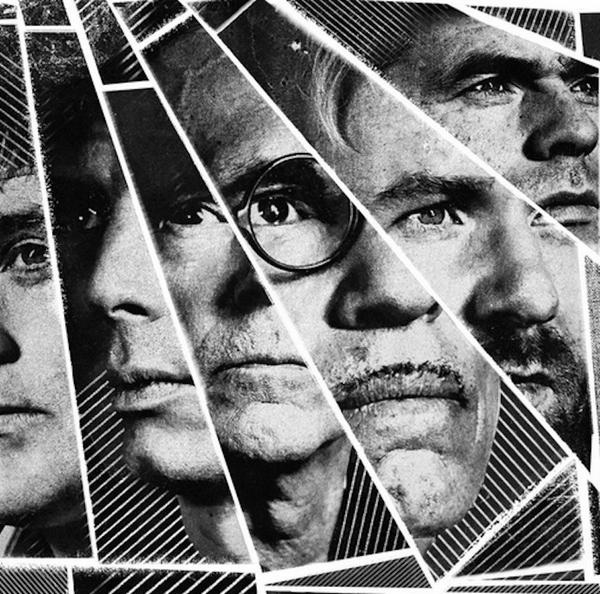 Within two years of forming in 2002, Franz Ferdinand etched out a comfortable spot in the post-punk revival movement that lit up the pop landscape at the turn of the century. Their 2004 self-titled debut and its follow-up, You Could Have It So Much Better, showed the world how adept the suave Scots were at angular but infectious dance rock, proving to a new generation (one that missed out on XTC and Gang of Four) just how well dance pop and post-punk can get along together.

The band’s next two outings, 2009’s Tonight: Franz Ferdinand and 2013’s Right Thoughts, Right Words, Right Action, stuck to the script, opting not to try to fix something that wasn’t broken. But while there’s something to be said for consistency, those records didn’t make your ears burn quite as hot as their predecessors. Both were solid outings, but a sense of comfort stood in for that infectious feeling that came with first spins of “Take Me Out” and “Do You Want To”. The thing that once made Franz Ferdinand among the most exciting new bands started to feel commonplace, especially as The Killers and other dance-centric rock acts started snagging the limelight alongside them.

It makes sense that Franz Ferdinand would toy with the idea of coloring outside the lines after more than a decade together. Reinvention is too strong a word, but perhaps there was a sense that a slight rethinking of the formula could do them good. And if fresh inspiration was something the Franz gang was seeking, they couldn’t have found better sparring partners than Sparks, who for more than 40 years have been biting the pop hand that feeds them with sometimes great, other times mixed, always intriguing results. With FFS, the band’s collaboration with Sparks’ brotherly brain trust of Ron and Russell Mael, Franz Ferdinand gets a healthy shot in the arm. The band first broached the idea of working with the iconic glam pop duo in 2004, but even though it took more than a decade for the collaboration to materialize, the supergroup’s self-titled debut proves to be worth the wait.

While both acts give and take from each other, Franz ventures further into Sparks’ musical world than vice versa. The edgy post-punk cool that’s long been the Franz hallmark gets toned down to mesh with the Maels’ warped synthpop vision. And in the end, the wily veterans in Sparks uncover a little more of the pop band that lies at their younger proteges’ core. When Alex Kapranos’ stoic baritone chimes in over the sparse piano intro on the record’s opener, “Johnny Delusional”, it’s arguably the closest his band has come to producing pure pop. Franz also sounds effectively subdued throughout the arching ambiance of “Little Guy from the Suburbs”. It’s odd to see the band detour from massive hooks this far into their career, but with the Maels at the wheel, they handle subtlety surprisingly well. Even when they stick closer to their own musical vein, it’s interesting to hear how Sparks draw them into Kraftwerk, Devo, and other direct points of influence on “So Desu Ne” and “Piss Off”.

Franz might reap most of the creative benefit from this partnership, but FFS isn’t a one-way street. On “Johnny Delusional”, Sparks’ operatic synthpop gets an added dose of ass-shaking energy when the chorus picks up at a decidedly Franz-like clip. Meanwhile, Franz’s influence looms largest over “Save Me from Myself”, a shimmering dance tune that would fit past records nicely. But the best moments on FFS arguably come not when when one band leans on or cribs off of the other, but when they manage to trip over mutually unique territory. “Police Encounters” is amped and jerky in a way neither band has sounded before, while “Things I Won’t Get”, in which Nick McCarthy and Russell Mael share vocal duties, similarly feels like the kind of song neither band could have pieced together on its own.

It’s evident from the outset that things on FFS are going to work out just fine, and the record keeps that momentum flowing largely through to the end. Franz Ferdinand’s panicked dance rock gets a new lease, even if it’s a mild reinvention. Meanwhile, Sparks are at their quirky best thanks to their newfound collaboration. Both acts insist that FFS isn’t a one-off musical play date, that they’re invested in the project as a full-time thing. This debut is enough to make you hope both sides make good on that promise.

Essential Tracks: “Johnny Delusional”, “Little Guy from the Suburbs”, and “So Desu Ne”