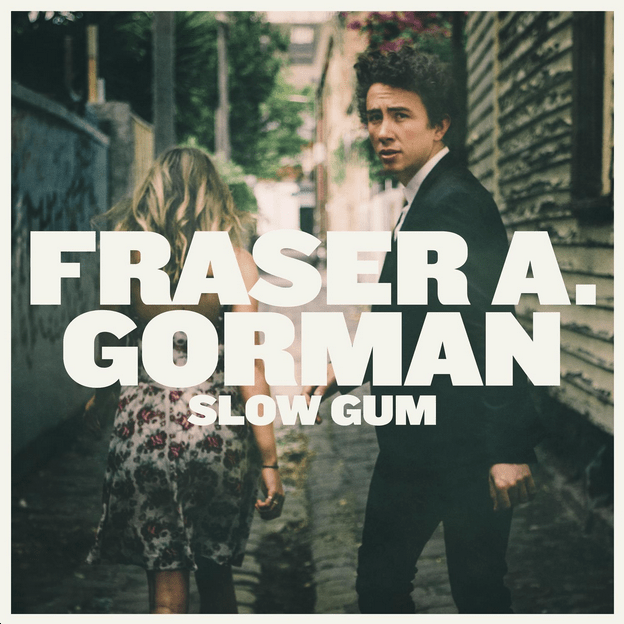 Australian singer-songwriter and Courtney Barnett pal Fraser A. Gorman wants you to know how much he values the legacy of Americana. Just look at him: The many sepia-toned photos of the troubadour feature his mop of Dylanesque curls, bolo ties, and denim jackets. His debut, Slow Gum, features a reworking of Jackson C. Frank’s 1965 classic “Blues Run the Game”, as well as an admission that “country music sounds to me like rock ’n’ roll.” Gorman is a charming writer and performer, and Slow Gum is successful, but he doesn’t need to lean so hard on his influences.

“It’s a big old world out there,” Gorman begins on opener “Big Old World”, before declaring his love for The King of Rock ‘n’ Roll and briefly sketching characters from Melbourne to New York City. The backing vocals and cheesy synths turn “Book of Love” into a California poolside version of a Lou Reed hustler’s tune as Gorman tries to woo the daughter of a rock-hating woman. In Gorman’s world, even an attempted relationship is affected by the levels to which the various players value music.

The lyrics occasionally clunk when reaching for warm and quirky. “Tomorrow is a long time, buddy/ Can’t you see the stars keep shining?” Gorman sings on the chorus to “Shiny Gun”, his familiarity and rhyme equally forced. “My son’s got a heartache/ It’s bigger than Goliath’s beard and a rocket to the sky,” he goes during “My Old Man”, a head-scratcher that would be more frustrating if not for its sincerity.

That stumbling sweetness defines Slow Gum. All the lyrical references to who does and who doesn’t love rock ‘n’ roll feel particularly unnecessary in the wake of a heartbreaking closer like “Blossom & Snow”, in which Gorman visits his father’s grave. “I go talk to him/ He don’t say much,” he cries, the welling tears practically audible over the harmonica and fingerpicked guitar. Gorman’s plainspoken lyrics suit this kind of moment, his ability to get to the core of an experience best explored in simplicity.