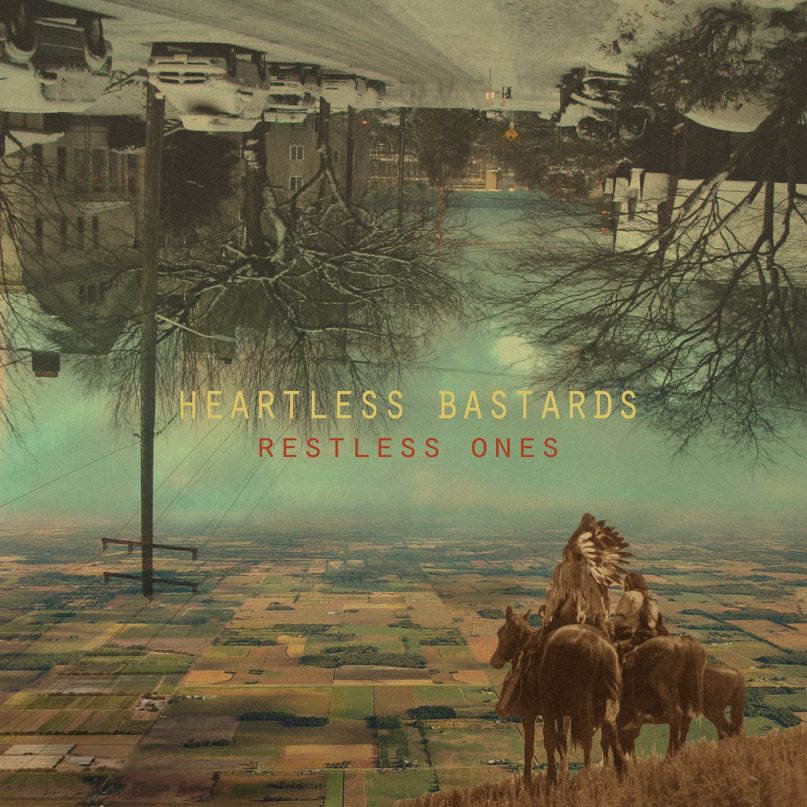 Urgency has long been essential to Heartless Bastards. The Austin-via-Cincinnati outfit’s early riff-rock days thrived on capturing it both sonically and emotionally. With 2012’s Arrow, they started to set down a more introspective path. Now they’ve slowed down the grind even more with their fifth album, appropriately titled Restless Ones.

Recorded at Sonic Ranch in El Paso, Texan landscapes practically ooze out of the album’s lush production. The band worked with producer John Congleton to create music that resides in the moment, recording in a room together instead of playing parts separately. The results make for a slightly more reserved, yet more effective turn for the band.

Opener “Wind Up Bird” is a bit of a bait and switch, kick-starting the album with rushing drum fills and a sweltering guitar lead. It quickly cools off with “Gates of Dawn”, which blends folk rock aesthetics with pop rock hooks. It’s a moment that sets up the album as a showcase for frontwoman Erika Wennerstrom’s thoughtful lyricism and commanding vocals.

The traces of Americana heard throughout Restless Ones look good on the band. “Hi-Line” downplays the guitar virtuosity for simple rhythms and hints of mandolin. Whereas Wennerstrom’s voice was sometimes lost in the fuzz on previous efforts, here she’s given the presence she deserves. The immaculately paced percussion on “Pocket Full of Thirst” also tastefully sets the stage for Wennerstrom to wax poetic about identity crisis and the changing seasons.

Everything culminates on the avant-garde closer, “Tristessa”, in which loops of swelling guitars and lingering feedback rumble below Wennerstrom’s coos and howls. It’s a euphoric and psychedelic moment, as she repeats a phrase detailing shining city lights and “the beauty of things.” Sharing a title with a Jack Kerouac novella, the band aptly explores the beat author’s sense of wonder and longing.

The further Heartless Bastards move away from their supposed halcyon days, it seems, the more of an impact they’re able to make. It’s a direction they’ve embraced here and hopefully will continue to take even further in the future.