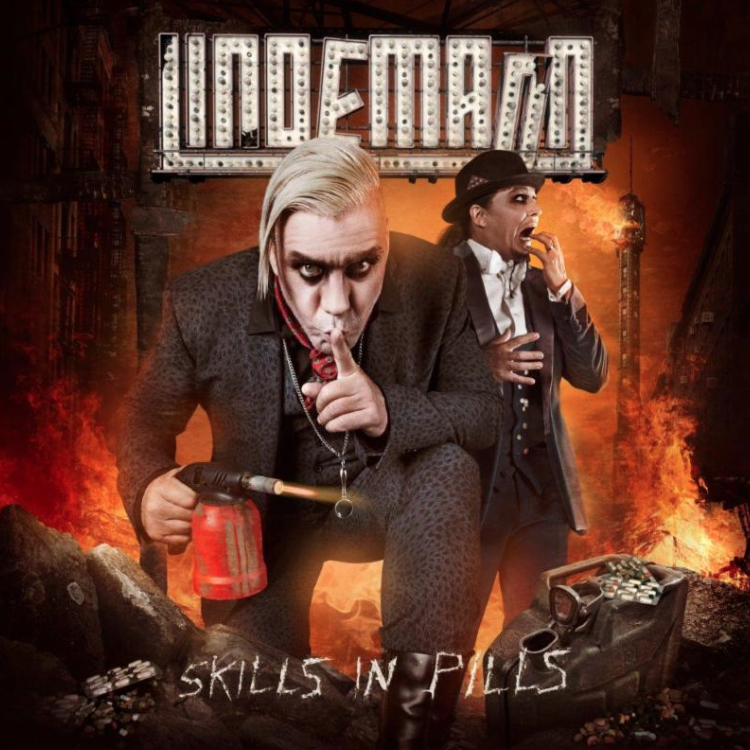 Ever since Rammstein’s “Führe Mich” was featured in the trailer for Lars Von Trier’s Nymphomaniac, I’ve thought of the two artists as representations of humanity at its most primal and depraved. Where Von Trier makes jealousy, grief, and desperation his muses, Rammstein frontman Till Lindemann does the same with sex. Whether it’s through simulated sodomy on stage or in his not-so-subtle lyrics, Lindemann thrives on being as sexually offensive as humanly possible.

Admittedly, I hate to mention Von Trier in the same paragraph as Lindemann. While I adore Von Trier even at his most childish and provocative, Lindemann’s new act with Swedish multi-instrumentalist Peter Tägtgren, simply titled Lindemann, has produced a debut album of God-awful, stomach-churning industrial shock rock called Skills in Pills, with listeners having the misfortune of hearing the German Lindemann sing in English.

Super-fans of Lindemann and his work might be wiling to overlook some of the ludicrous decisions. His trademark baritone is ever present, whispering sadomasochistic sweet nothings into your ears as Tägtgren brings in bright synths and detuned guitars to play heavily and happily along with fist-pumping drum beats. But with songs like “Ladyboy”, “Fat”, “Golden Shower”, and “Praise Abort”, all containing lyrics even clumsier and more revolting than you could imagine (“Let cry your pinky flower/ Give me, give me golden shower”), the album is like suffering from food poisoning at an underground hardcore show.

Skills in Pills is just one vulgar track after the other, each trying to top the previous in level of outrage and offense. It’s like scrolling freely through 4chan on any given afternoon once all the middle schools have let out. Tägtgren’s instrumental contributions are the closest thing this album has to a redeeming quality. You might find yourself tapping your foot as long as you’re deliberately ignoring the lyrics. There’s nothing to gain or contribute from being shocking and offensive just for the sake of being shocking and offensive. The album ultimately feels useless and immature. In the case that curiosity gets the best of you, try not to listen to this on a full stomach.