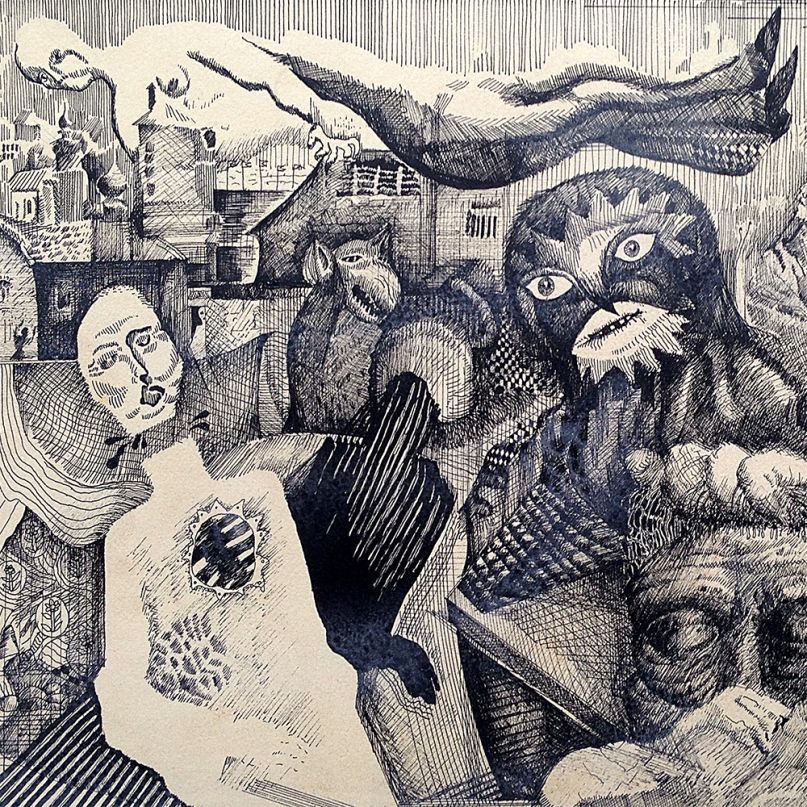 Bands rooted in lyricism get accused of treason when they shift their sound, and mewithoutYou never gets a break. Since forming in 2000, the Philadelphia five-piece has roved from post-hardcore to art rock to poppy indie rock, catching fans off guard with a change that feels like a one-time occurrence until it happens again. No one ever abandons the band, though. Frontman Aaron Weiss’ coded narratives rope you in with the well-kept promise that he’ll never let up. Once again, he’s holding true to that unspoken vow, even though the band’s latest album avoids taking risks.

On Pale Horses, mewithoutYou returns to its origins. The band’s early days of thrashing guitars and fuming words return on “Mexican War Streets” and “Red Cow”, the back-to-back pairing placed near the beginning of the album for a welcome nod to their older selves. Lyrically, mewithoutYou move forward with songs about slow decline. “A few more songs, a few more lines/ I thought I’d left that all behind,” Weiss sings on the opening title track. Pale Horses then dives into mewithoutYou’s usual themes: faith, truth, misery, and doubt. During “Watermelon Ascot”, two cows, one living and the other paper, exchange words on existentialism and government surveillance, eventually looking to God for relief. Weiss’ religious beliefs frequently underline what otherwise reads like passages from a children’s storybook.

Weiss revisits past lyrics by re-working Brother, Sister track “C-Minor” on the brand new “D-Minor”, a tactic he admits to stealing from Neutral Milk Hotel. The rework continues to grapple with the intermingling of sexuality and spirituality, but he changes gears by reconciling his monastic ideals and scuffed romanticism with his recent marriage. When he begins with the lines “a borrowed fern with a cigarette burn and a pawn shop ring in her hand/ At the Idaho courts to affirm our divorce before the marriage began,” Weiss immediately wipes disillusionment from view. He’s open to alternate endings, or, in this case, the flexibility of language.

The last 15 years saw mewithoutYou explore various stylistic evolutions. On Pale Horses, they seek a comfortable spot between weighty post-hardcore and artful indie rock introspection, but ultimately sound suppressed. As “Birnam Wood” slams with tempo changes and closer “Rainbow Signs” rips apart whatever strength they had left, the album concludes just shy of running headstrong in a single direction. No matter which way they bend, the doughty march of Aaron Weiss’ ornate words finds only the most basic musical binding for its grim children’s stories.