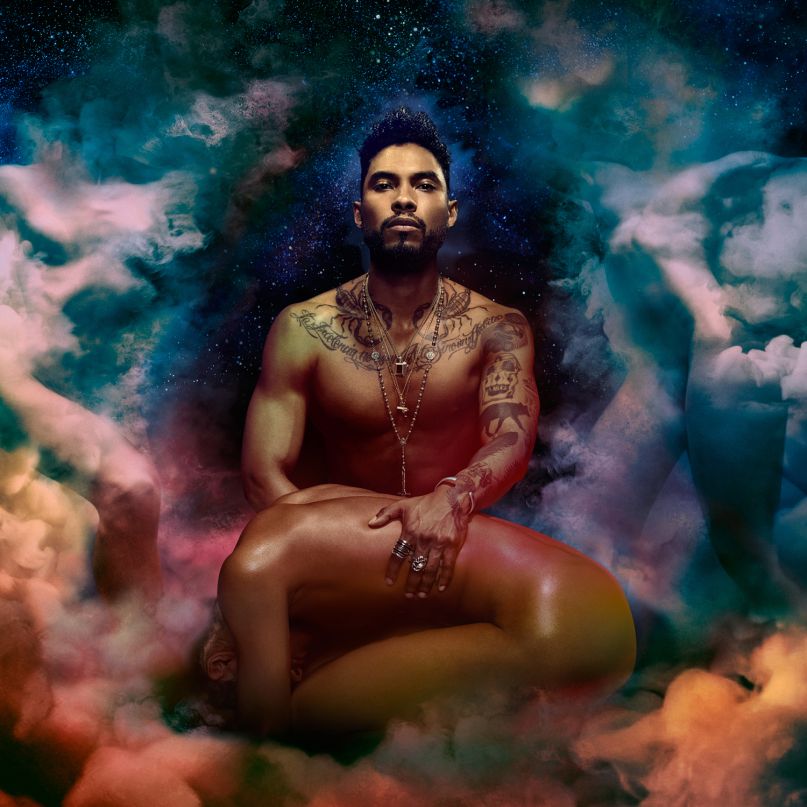 Miguel, a sensual L.A. singer-songwriter sporting coiffed hair and essence-of-Prince stylings, has been on the verge of becoming R&B’s Next Big Thing for almost half a decade now. He came closest in 2012 when his stellar, surprisingly succinct sophomore album, Kaleidoscope Dream, was met with widespread acclaim from critics, but his rise was momentarily halted by an award show mishap and the controversy that followed. Miguel Pimentel is one of the strongest creative forces in R&B today, a sexual idealist who can make a love song as starry-eyed as “Adorn” and still write a lyric this raw: “Tell me that the pussy is mine/ ‘Cause I don’t want to believe that anyone is just like me.” He was often cited (alongside Frank Ocean) as the stimulant for his flaccid genre before his career detour. In the aftermath of the Leg Drop Seen ‘Round the World — an ambitious (and dangerous) performance maneuver gone awry at the 2013 Billboard Music Awards — Miguel has kept a low profile, dramatically minimizing his public exposure and only emerging to quietly release a three-song EP, NWA.HollywoodDreams.Coffee, last December.

The brief but appetizing EP produced a single, “Coffee”, and was a promo-less lead-in to Miguel’s third album, Wildheart, which adheres to the same psychosexual ideology as its predecessor, but with an even more eclectic sonic palette. Miguel’s music has always been fodder for the “PBR&B” tag, but his current excursion — ranging from psychedelic to interstellar — is even more in-line with the collective fracturing of traditional sensibilities in modern R&B by genre-benders like FKA twigs, Tinashe, The Weeknd, and Janelle Monae. While most are hedging toward a more phantasmal vibe, Wildheart is overtly present both in mood and expression, feet firmly planted in neo soul. The only time Miguel ever really gets entangled in mystique is when he’s glamorizing the Hollywood sign.

The title Wildheart seems to reference a carnal insatiability, an untamed approach to romantic love and hedonism spelled out more explicitly in its sultry sweet talk. It’s that spirit that makes Wildheart a seismic force. On the infernal “…goingtohell”, where his voice melts into a syrupy falsetto as the soundscape burns, he waxes romantic: “These bittersweet notions of forever/ Blossom and find me in my dreams/ If we should die, I hope we die together/ If not, at least I’ll know just where we’ll be.” His tales of adrenaline-pumping lust dominate his conversations. There are occasional moments of introspection, like loner anthem “what’s normal anyway” and “a beautiful exit”, which wraps an existential manifesto into a speeding car metaphor. He’s also more than capable of penning a charming love song (“waves”).

The subtler Kaleidoscope Dream was anchored by an eroticism embedded in maturity and a sincerity that often veered dangerously close to insecurity. It ignored the brutish masculinity of Miguel’s contemporaries in favor of a softer, heartfelt enthusiasm. Miguel often manages to re-purpose hokey clichés and pass them off as serious thoughts with a straight face, and on Kaleidoscope Dream, he sold it well with earnestness. On Wildheart, though, and specifically on songs like “DEAL” and “leaves”, his writing can be silly, even ridiculous. There are instances when Miguel takes himself far too seriously and comes across as a try-hard. But even with his sexy talk sometimes failing as foreplay, Wildheart is a magnificent, swirling epic of longing, love, and lust.