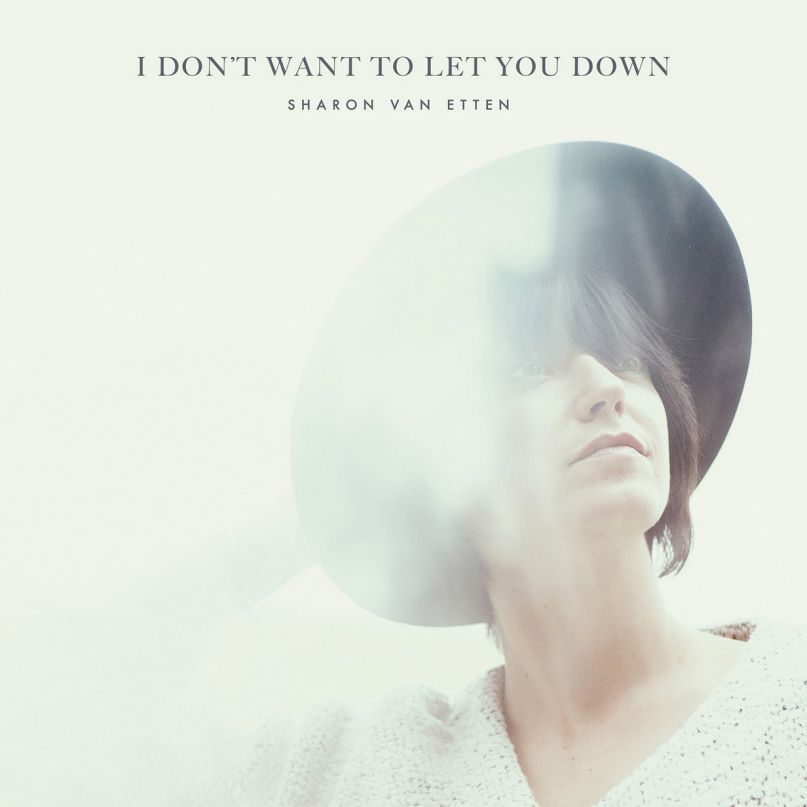 Just a year after her superb Are We There, which seemed to cap a run of continually more confident and capable releases, singer-songwriter Sharon Van Etten returns with the half-sized I Don’t Want to Let You Down EP. While it might be easy to dismiss an EP as a lesser body of work, this five-song set makes the case that Van Etten is in a period of songwriting where all her music is essential, regardless of the package it’s delivered in.

In just 22 minutes, we see Van Etten in a number of different forms, from the piano ballad of “I Always Fall Apart” to the full-band live cut “Tell Me”. The lead title track could be a signature song, a rich, mid-tempo jaunt into Van Etten’s honest insecurities. Her forthrightness becomes ever-the-more relatable as we continue to get to know her as a writer. It’s a detail-oriented track, with its reverberating lead guitar and chugging rhythm joining forces to frame Van Etten’s mournful concerns. When she declares the EP’s titular statement, musically, the listener knows she has nothing to worry about.

While the record doesn’t push Van Etten too far away from ground she has covered before, “Pay My Debts” does find her perfecting the intensity that highlighted Are We There, pulling the verse’s tension to a chorus that is all payoff. “I know myself better than you do,” she declares near the song’s peak. That understanding allows her to write a song like “I Always Fall Apart”, and for her to admit that the song’s chief concept is not her fault, but just her flaw. “It’s who I am,” she sings.

The EP closes with an older song, “Tell Me”, originally included as an outtake from Tramp and now recorded live with her band. Much of Sharon Van Etten’s narrative has seen her moving past a toxic, abusive relationship and finding her own purpose, self-worth, and place in the world. At this point in her career, “Tell Me” sounds all the more empowering. “Sometimes I don’t think about you/ Sometimes I live my own life,” she sings, as if a new chapter for Van Etten is ready to begin. Whatever that chapter is and whatever form it takes, our attention is deserved.