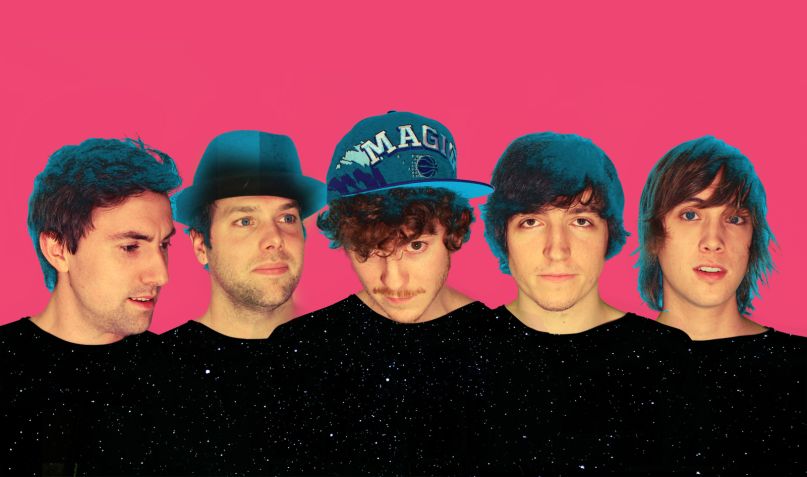 Cincinnati’s Automagik formed in 2010 the demise of vocalist Zachary Evans and lead guitarist Devin Williams’ old prog-rock band The Javelin Dance. In contrast to their old project, Evans and Williams wanted to make Automagik reflect their own goofy and energetic vibes. Thus far, they’ve released two full-length albums and are now gearing up for an EP called Beach Fuzz, out later this year.

Despite their lively shows and spirited recordings, Automagik have yet to “make it” in their own eyes. Five years of pursuing success can be grueling, and the band is channeling these frustrations with the decidedly self-aware new single, “Fucked Up”.

“After years of shows and countless hours on the road only to be let down by failed attempts to ‘make it,’there comes a point where you ask yourself, ‘What the fuck does “making it” even mean and why do I bother to keep chasing this big fat illusive magic dragon of disappointment?’” Evans says of the song. “There’s a whole army of musicians, dreamers and entrepreneurs out there who share that mindset at one time or another, and ‘Fucked Up’ is the anthem of the frustrated. The battle cry for the not-quite-theres. It’s also a satirical look at just how whiny and discontent we all can be at times.”

Even though the song is remarkably candid, it doesn’t lose any of the band’s trademark infectious sound. After a moody introduction with watery guitars, the song quickly escalates into an arena anthem. Evans voices sounds more sarcastic than solemn, imploding at the end with a rant of “I want to fucking die/ I hate the world/ Fuck everything/ Fuck you and your whole family/ And I hope that the whole world gets hit by a fucking meteor and we all burn to death.” It’s brutally honest, exceptionally absurd, and completely true to Automagik. Listen in below.