Both visuals examine the way "our bodies are programmed by the worlds we live." 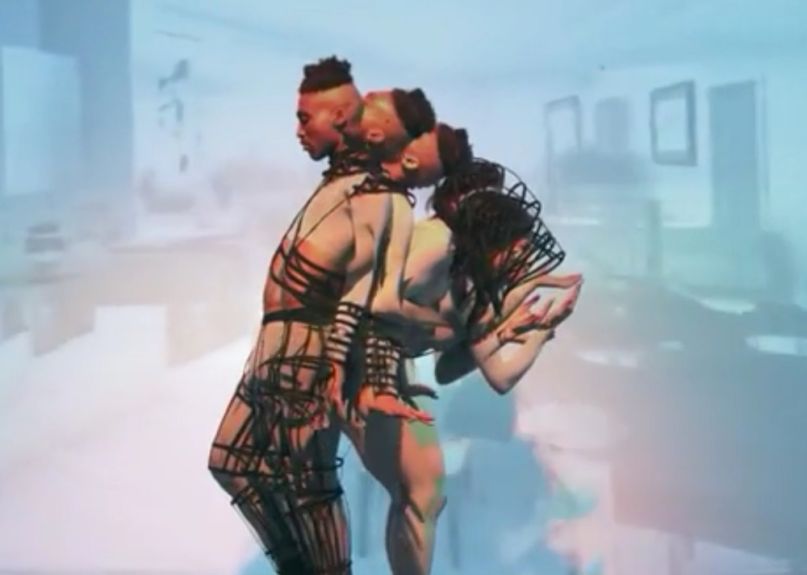 Back in March, Dan Deacon released the trippy, Adult Swim clip for “When I Was Done Dying”. Now, he’s returned with an equally brain-stimulating video for “Meme Generator”.

Directed by Monica Mirabile, it features four choreographers “engaging” with a simulation of a house. The visual was born out of a previous art piece between Mirabile and Deacon and serves to examine “the way our bodies are programmed by the worlds we live.”

Mirabile spoke about their collaborative projects:

“Meme Generator is a game of programmed choreography. The players are downloaded into a digital world and asked to play the game of semiotic codes interacting with the “house”. A few years ago Dan and I decided to collaborate on a video that I was making with my own performance art collaboration (FLUCT). That video is set in a living room which looped suburban leisure choreography created by the glitch of being physically effected by technology. The inspiration for this video has been an extension of the way our bodies are programmed by the worlds we live. In the music video, four choreographers created four dances in a liminal house. I gave no rules, just asked for a response derived from the choreographers own relationship to the “program.” The program being the familiar space of the house. I’m most directly inspired by the choreography of the people that surround me, as we are all affected by a similar marketed reality. We all play the game.”

Watch below, then head here to play an interactive video game based on the video.