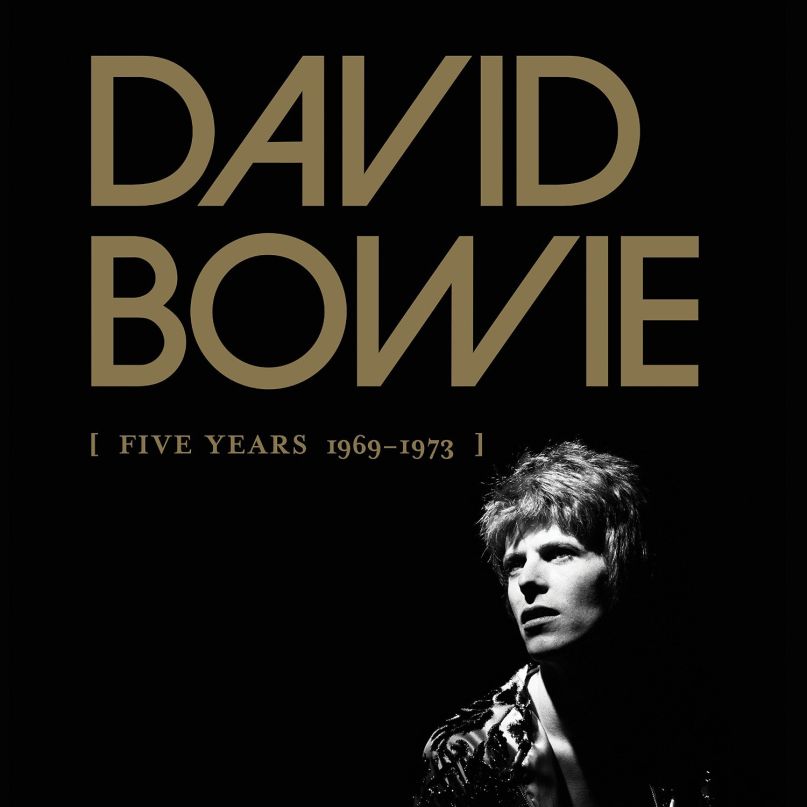 David Bowie has been tongue in cheek about his past in recent years. His last album, 2013’s The Next Day, was wrought with themes on lamenting the past and examining the present. Heck, even the cover was a redux of his classic record Heroes. Yet with such a prolific career, it’s hard to not look back at Bowie’s catalogue. Which leads us to his next release: Five Years 1969 – 1973, the first in a new series of career retrospective boxsets, due out via Parlophone Records on September 25th.

As the title implies, the 10-album, 12-disc/13-LP vinyl collection focuses The Thin White Duke’s early years. The set includes newly remastered versions of David Bowie (AKA Space Oddity), The Man Who Sold The World, Hunky Dory, and PinUps alongside reissues of Aladdin Sane and The Rise And Fall Of Ziggy Stardust And The Spiders From Mars.

Also featured are two live albums and a first-ever pressing of 2003 mix of The Rise and Fall Of Ziggy Stardust that was previously only available on the DVD for the 40th anniversary of the album.

Most interesting is the inclusion of a new compilation of singles, non-album cuts, and b-sides titled Re:Call 1. The compilation composes an unreleased single version of “All The Madmen” and the original, rare version of “Holy Holy”.

Both the CD and vinyl editions pack photo books, producer notes, vintage reviews, and a foreward written by The Kinks’ Ray Davies.