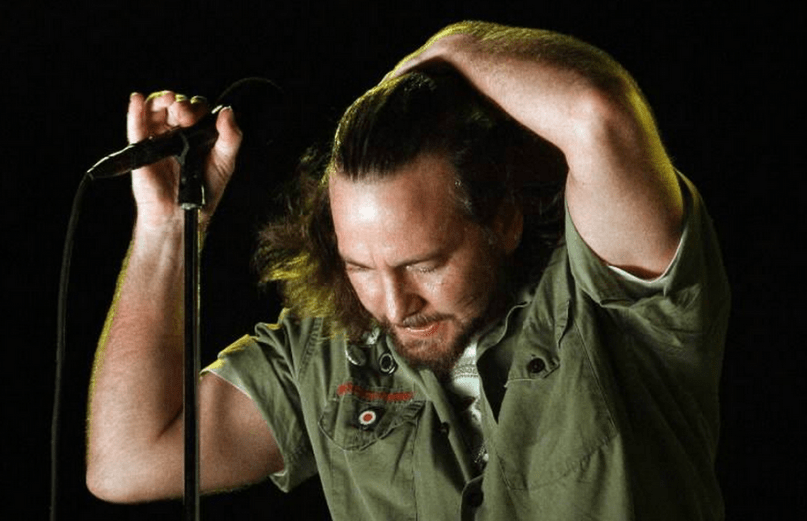 With Pearl Jam currently on hiatus, Eddie Vedder has been getting his live fix by popping up at other people’s shows. Over the last few months, we’ve seen him perform with The Who, Liam Gallagher, and The Sonics. He also visited the Ed Sullivan Theatre to serenade David Letterman.

Vedder crashed another stage last night as he joined Supersuckers during their gig at Seattle’s Tractor. Together they tore through a cover of The Ramones’ “I Believe in Miracles”, a bittersweet choice given that earlier in the day Supersuckers frontman and bassist Eddie Spaghett revealed his cancer diagnosis.

Spaghetti, a founding member of the band, has been diagnosed with throat cancer — more specifically, stage 3 oropharynx cancer. He will have surgery next month. However, as a result, last night’s concert will be the band’s final performance for the foreseeable future.

The band has launched a fundraising site to help pay for his treatment. You can donate here.