One of the UK rockers' most intense songs to date 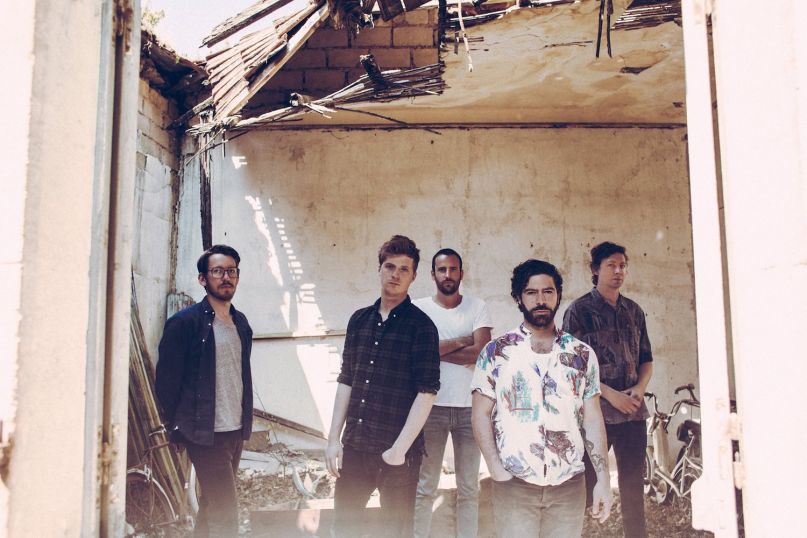 On August 28th, Foals return with a new album called What Went Down. Due out through Warner Music, the follow-up to 2013’s Holy Fire was recorded in a 19th-century mill in southern France with James Ford (Arctic Monkeys, HAIM, Mumford and Sons). The 10-track effort is a “primal, intense, sometimes harrowing album of extremes” which touches “upon the depths of madness whilst also exhibiting some of the most beautiful pop songs the band have ever written,” according to a press release.

Lead songwriter Yannis Philippakis is said to have been inspired by themes of “cultural identity, generational anxiety, cynicism, pessimism and heartbreak.” “I wanted to tap into my inner madman,” he says, “and feel like I was channeling some sort of fevered creature.”

That feverishness is on full display on the LP’s title track, which debuted this afternoon on Annie Mac’s BBC Radio 1 program. Foals’ official new single plays out like a monster storm system, comprised of a whirlwind of lightning riffs and a torrential downpour of chilling, visceral lyricism. “While you were sleeping, I took over your town,” Philippakis sneers early on, followed up later by repeated shrieks of “When I see a man, I see a liar!” during the manic bridge. By the time the five-minute number’s run its course, the English rockers have left only destruction and damage in their wake. Listen in below.

Update: Watch the new video for “What Went Down”, which features ferocious performance footage spliced between a couple of action-packed underwater scenes.