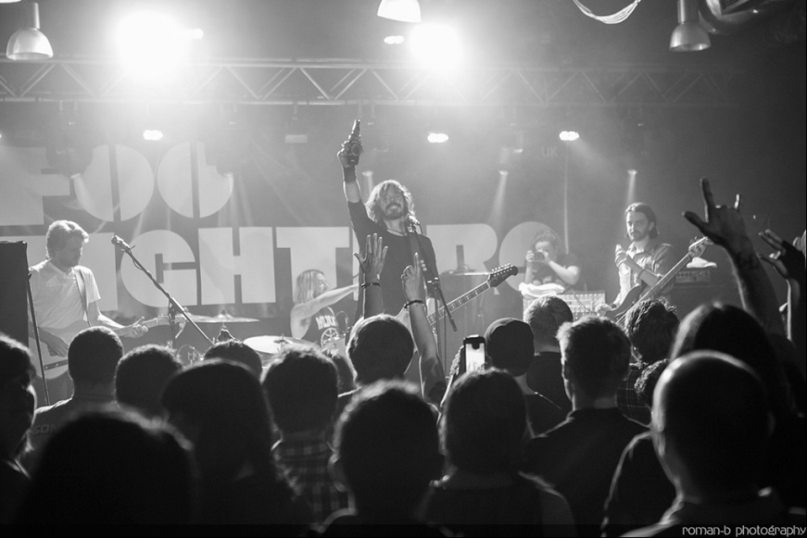 This weekend, Foo Fighters were supposed perform two sold-out shows at London’s Wembley Stadium, but then Dave Grohl broke his leg. Fans of the band were still able to get their fix, however, thanks to UK Foo Fighters, the tribute band who previously joined the band on-stage earlier this year.

Last night, UK Foo Fighters staged a last-minute charity concert at Crystal Wembley, a club located right across the street from Wembley Stadium. And by the looks of this fan-shot video of “My Hero”, it looks like they drew a pretty massive crowd.

As of now, the real Foo Fighters are due to return to the stage on July 4th for a massive gig at RFK Stadium in Washington, DC, which marks the start of their US tour. See their updated tour itinerary here.