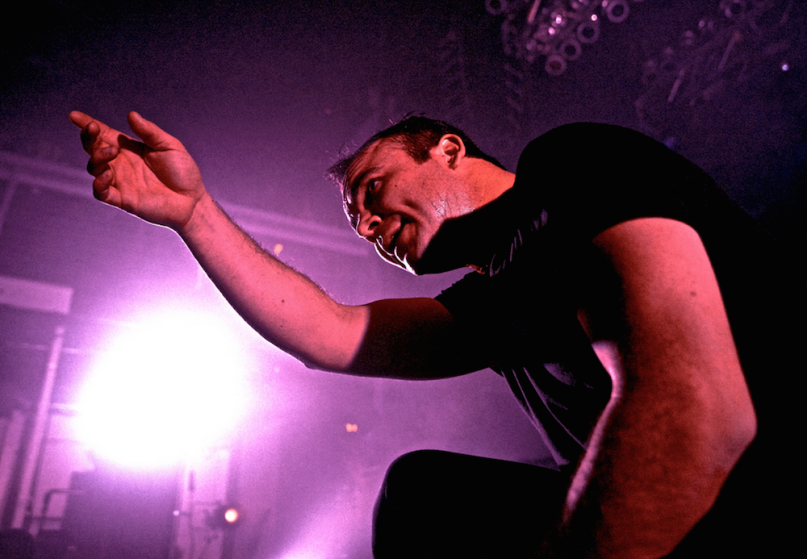 Future Islands had a momentous 2014, highlighted by the release of their widely-acclaimed album, Singles, and their viral Letterman performance. This year, the band will celebrate yet another milestone in their career: their 1000th concert.

The special gig is set to take place on Sunday, July 26th at the Carrboro Commons in Carrboro, North Carolina. Though Future Islands have long called Baltimore home, they originally formed in Greenville, a city just two hours away from Carrboro. The synthpop outfit won’t be going it alone, either; in addition to a set of their own, Dan Deacon, Ed Schrader’s Music Beat, Valient Thor, and Lonnie Walker are slated to perform at the big bash.

In a statement about the concert, Future Islands said:

“Ever since our first show at a house party in Greenville, NC back on February 12, 2006, we’ve kept a detailed tour history that lists every show we’ve ever played. On July 26 of this year, we will play our 1000th show as Future Islands. For this special show, we’ll return to North Carolina, the state that we’ve played the most through the years (150+ shows). The show will be at the Carrboro Commons in Carrboro, NC. We hope you’ll join us for this milestone show!”

Tickets for the concert cost just $20 and can be purchased here.