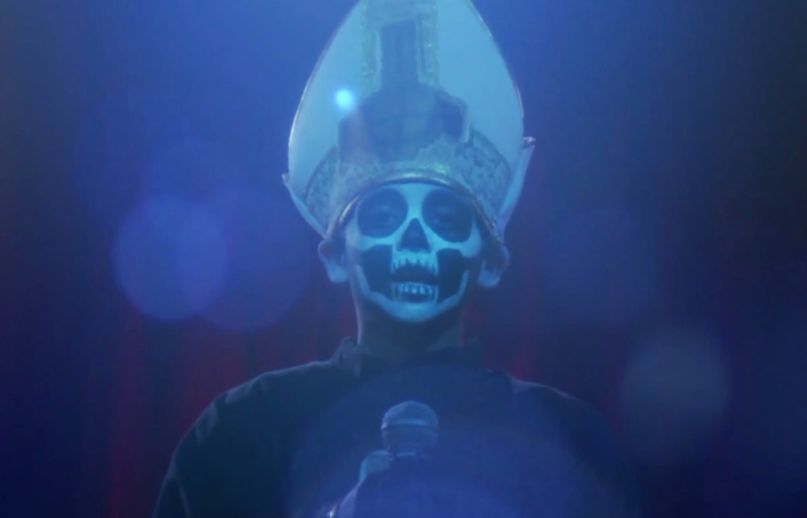 Directed by Roboshobo, the clip sees Ghost — fronted by the child embodiment of new vocalist Papa Emeritus III — rocking a talent show at St. Elizabeth Primary School. Though most in the crowd disapprove of the performance, one young girl feels drawn by the music and the captivating frontman (or boy?) in particular, glowing red eyes and all. Having become a newly anointed disciple of Ghost, infused with special telekinetic powers, she then unleashes her wrath on those who refuse to follow and worship Papa Emeritus III and his clan. Watch the frightening visual below.

Meliora, the follow-up to 2013’s Infestissumam, is due out on August 21st through Spinefarm Records/Loma Vista.

Update – Tuesday, 2:00 p.m.: The band has announced a US headlining tour dubbed “Black To The Future”.