Like an ad agent who's found peace and love in California, Hamm shared some of his fortune 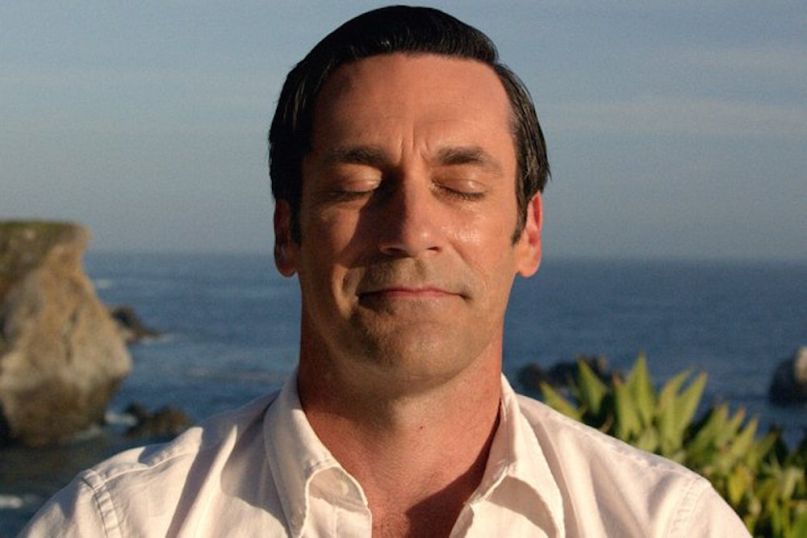 Jon Hamm had the time of his life down at Bonnaroo this past weekend — as all the fan-caught footage and pictures can attest. He, along with Zach Galifianakis, kicked off the epic “80s Throwback Superjam” and even crashed Belle and Sebastian’s set and fed frontman Stuart Murdoch a handful of gummy bears.

But like an advertising shark who’s found inner peace and love at a California hippie commune, Hamm decided to selflessly share his good fortune with a total stranger.

The day after his Bonnaroo shenanigans, he, Galifianakis, and a film producer stopped at the Tupelo Honey Cafe in Chattanooga, some 70 miles away from Manchester. It was there that he reportedly ordered a fried egg BLT, coffee, and an orange dreamsicle housemade soda. (It did not go down anything like that Mad Men orange sherbet episode, thankfully.)

It was also where, after talking briefly about the nearby festival, Hamm offered their waitress Abby Swartz the gift of a lifetime: his all-access wristband to Bonnaroo, right off his very wrist.

“Take this wristband and go to Bonnaroo. This will get you anywhere you need to go,” he told Swartz, adding, “Go to Bonnaroo and have a great time.”

Swartz told local publication Nooga that “the details of the next few moments are blurry,” but that she remembered “clasping Hamm’s hands and possibly telling him that she loved him” — a totally understandable reaction. She then went on to, as Hamm implored, have a kickass time at the festival. She caught sets by Florence and the Machine and Billy Joel from some of the best seats in the biz thanks to the wristband.