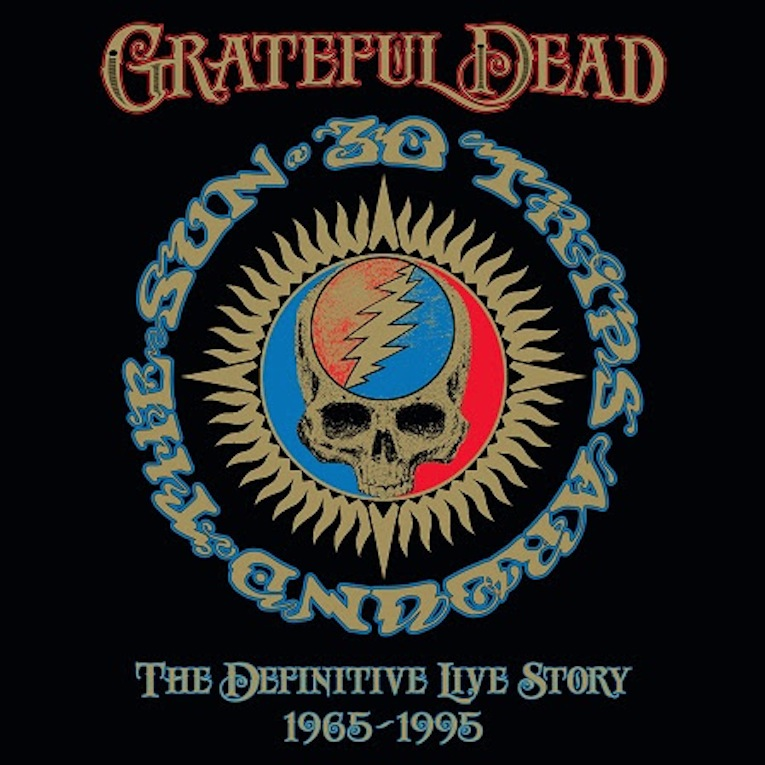 The 50th anniversary celebration of the Grateful Dead expands today with the announcement of a massive 80-disc box set. Dubbed 30 Trips Around the Sun, the live collection will feature complete recordings from 30 previously unreleased concerts, one from each year the band was active from 1965 to 1995. In total, the collection will contain a whopping 73 hours of audio.

30 Trips will be limited to 6,500 “ornate box” sets, a reference to the band’s 1965 formation. Each set will include a gold 7-inch vinyl with one of the band’s earliest recordings (“Caution (Do Not Stop On Tracks)”) on the A-side and the last song the full band ever performed live (“Box of Rain”, from the legendary Soldier Field show on July 9th, 1995) on the B-side. There’s also a 288-page book containing “an extensive, career-spanning essay” by University of California, Santa Cruz Dead archivist Nick Meriwether, alongside fan-submitted “special remembrances of the band.” Even better, there’s a scroll that, as explained in the press release, “offers a visual representation of how the band’s live repertoire has evolved through the years.”

(Read: No Simple Highway: A Cultural History of the Grateful Dead)

Also being released are 1,000 gold lightning bolt-shaped USB drives engraved with the Grateful Dead 50th anniversary logo and containing all the music in both FLAC and MP3 formats. Finally, a four-CD version called 30 Trips Around the Sun: The Definitive Live Story 1965-1995 will feature one track from each concert in the collection, plus the recording of “Caution”. Included in this set will be an essay written by Deadhead Jesse Jarnow that dissects every song on the CDs.

A digital download of all the concerts will also be available, though none of the shows will ever be released as individual CDs.

With a September 18th release date for all formats, the box set will retail at $699.98 (!) and the four-CD collection at $44.98. Pre-orders for all versions are currently going on at Dead.net. Find the tracklist for the four-CD version ahead.

A complete list of the recorded concerts will be announced in the weeks leading up to the release. So far, four shows have been revealed: November 10th, 1967 at LA’s Shrine Auditorium; October 27th, 1979 at South Yarmouth, MA’s Cape Cod Coliseum; September 18th, 1987 at Madison Square Garden; and October 1st, 1994 at the Boston Garden.

The release of 30 Trips Around the Sun coincides with Grateful Dead’s upcoming run of reunion shows in Chicago and Palo Alto, as well as a potential tour with John Mayer.