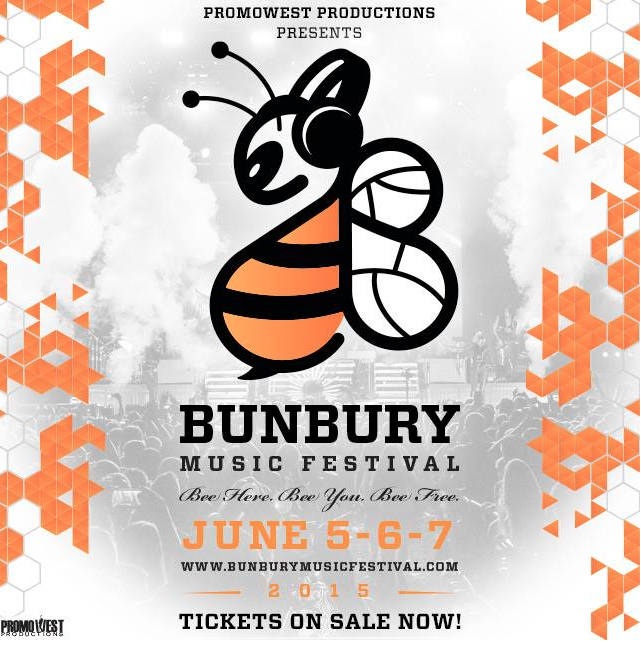 If you spend about a week’s worth of lunch/study breaks in any coffee shop situated 30 miles around Akron, OH, you will most likely still overhear a convo or two about bygone high school antics alongside The Black Keys’ Dan Auerbach and Patrick Carney. Claiming a short list of contemporary celebs (LeBron James and Devo among them), Akronites love to celebrate the star power that was nurtured in the mid-market locale. With only one Ohio date during 2015 (and only three US dates so far scheduled for the year), The Black Keys pulled some major numbers from North East Ohio for their headlining performance Friday night at Cincinnati’s riverside Bunbury Music Festival. A fanbase that helped sell out the event’s three-day passes weeks ahead of the show date.

Historically, the least attended of the three days, this sell-out on Friday created a few extra hurdles for fans and production alike. Not only were admission lines longer than anticipated, but the heat lead to severe water shortages during that first evening. Fortunately, on-site staff acted quickly to fix the concerns by Saturday afternoon.

A blend of North and South and rural American with an urban appeal, Cincinnati’s premiere music festival caters to fans across genres. For 2015 (the first year produced by new owners PromoWest Productions), Friday was earmarked for the punk/garage rock crowd, while Saturday took a turn for country/alt-folk, and Sunday was meant for an eclectic hip-hop crowd. Booking talent from across the globe, PromoWest also filled the lineup with some top tier Midwest talent: namely, twenty one pilots (Columbus, OH), Jessica Hernandez and The Deltas (Detroit, MI), and Cincy’s own Walk the Moon. Most of this local, up-and-coming talent took to the River Stage, which offered some of the best views in Cincinnati, even if the sets weren’t always so stellar.

Arguably claiming the best experience of the weekend was Perth’s Tame Impala, who transformed an early-evening downpour into a barn-burnin’ dance party! Matt and Kim, along with twenty one pilots entertaining with new Blurryface tracks, round out the weekend’s Top 3. Check out the pics below to see what else kept the Queen City in jubilation over the weekend!