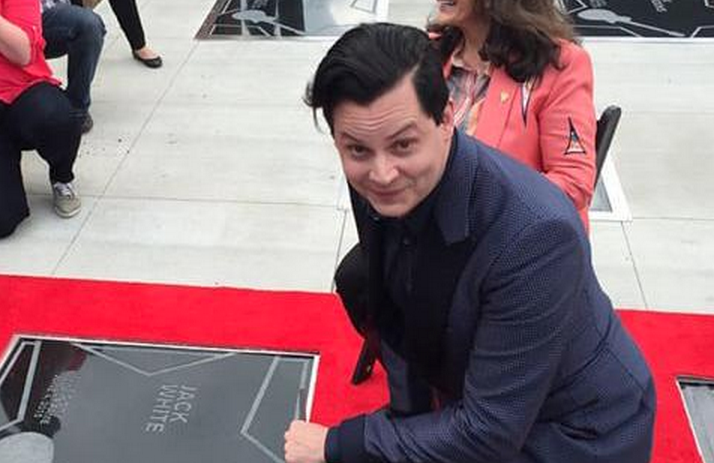 At a ceremony in Nashville this afternoon, Jack White was inducted into the city’s Walk of Fame. White was joined by friend and frequent collaborator Loretta Lynn, as the first two musicians to be inducted following extensive renovations to the monument site.

Originally hailing from Detroit, White relocated to Nashville nearly a decade ago. Soon after, he established the headquarters of his record label, Third Man Records, and has remained the face of Nashville’s music scene ever since.

Lynn said in her introduction of White, “He’s been here in Nashville for a little while. He didn’t have to be here too long for you to understand that we needed him, really. Nashville needed Jack White. And I think he’s one of the greatest artists there is.”

Inductees to the Walk of Fame are honored with permanent sidewalk medallions with their name displayed in a star-and-guitar design. Past recipients include Jimi Hendrix, Emmylou Harris, Roy Orbison, and Reba McEntire.

Check out a few photos and video from today’s festivities below:

Jack White and Loretta Lynn to the Nashville Walk Of Fame. Part. 2. pic.twitter.com/zjmpJlizdO