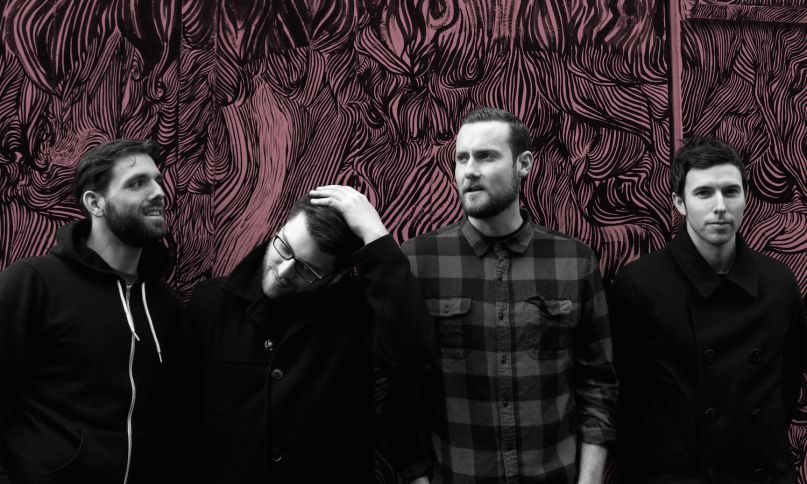 San Francisco garage rockers Jet Trash may be gearing up to release their self-titled debut EP, but it sounds as though they’ve been in the business for a long time. Their seasoned sound can be attributed to the fact that their songs feel polished as heck — they’re tight and bite swiftly like the music of their California brethren Thee Oh Sees and FIDLAR.

It also doesn’t hurt that Jet Trash seem to be comprised of old souls who get a kick out of revisiting ’60s surf rock, updating it with their own refreshing spin. “We’re not here to lament the past — we’re here to have a good time,” bassist/vocalist Marshall Fassino once said in a statement.

In an effort to stay true to that genre of yore, the band make sure to use vintage Fenders and, as guitarist/vocalist Paul Kemp explained, keep the musical complexities to a minimum. “Our whole aesthetic is simple on purpose. Nothing is convoluted. On stage, everyone wears black, no logos. We keep it minimalist. At the end of the day, it’s more honest that way.” He added, “We write our music to be urgent and memorable.”

That’s certainly the case with “What They Want”, one of the highlights off the forthcoming EP. Bedraggled yet anthemic, reflective while still being concise, the song captures Jet Trash’s best qualities. Listen in below.

Kemp explained the song’s backstory to Consequence of Sound:

With “What They Want”, I was trying to say something about California youth culture. About how a lot of my friends growing up in Southern California have always been into surfing and music and making their own art and photography, home recordings and things like that. This youth kind of DIY culture seems especially strong in San Francisco where a lot of people in their mid-to-late 20s seem pretty resistant to all the old traditional pressures of settling down with some soul crushing 9 to 5 career, getting married and driving a minivan around the suburbs. I mean, I had just turned 28 when I arrived in San Francisco and I was nowhere near being ready to settle down. I told my parents that I was moving to the city so I could finish grad school but the truth is that I really just wanted to start a band and make music.

“What They Want” was one of the very first songs that Jet Trash played together when we initially started the band. Our sound really coalesced around that song. We’d crank up our tube amps and get that raw, dirty garage tone. The four of us were crammed in this little rehearsal room just kind of smiling at each other.  We knew we hit on something when we played that song. Those ‘60s chord changes soaked in reverb and gritty, distorted vocals kind of became our thing from then on.

In the studio with [producer/engineer] Andy Freeman, he was able to give our raw garage sound more of a professional sheen. He understood how passionate we were about using analog tape during the recording process—we really wanted to be true to the ‘60s garage aesthetic. Andy used a combination a vintage and modern recording techniques, so the EP sounds new and fresh while at the same time giving a nod to its roots. I think the songs can hold their own on a Spotify playlist with our garage contemporaries like Ty Segall, Thee Oh Sees, the Black Lips and Bass Drum of Death. We’re really excited about playing these songs on our upcoming West Coast tour, and we’re already looking forward to getting into the studio and working on our debut full length.

Jet Trash the EP is due out on July 14th via Burger Records cassette imprint Wiener Records. Pre-order a copy here.