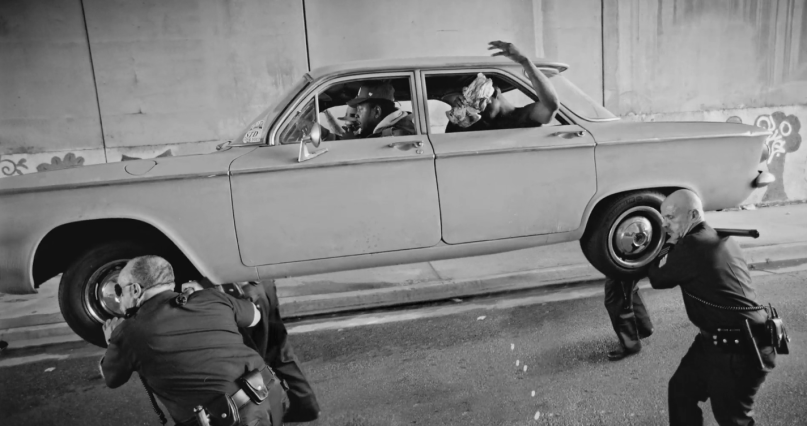 An album of the magnitude of Kendrick Lamar’s To Pimp a Butterfly deserves visuals that are just as provocative, and that’s certainly the case for “Alright”. The Colin Tilley-directed video is a gritty metaphor for the continued injustices experienced by black adolescents.

The video begins with scenes of police brutality — specifically, an officer shooting a black man in the back. It then segues to a dreamlike sequence starring Kendrick and his Black Hippy crew (ScHoolboy Q, Ab-Soul, and Jay Rock) in which they their celebrate success, freedom, and safety. They get their car carried by police, dance atop an abandoned cruiser, and perform death-defying tricks all across Los Angeles. However, almost as soon as their happiness is achieved, reality comes crashing down from a light pole.

Watch the epic visuals below.