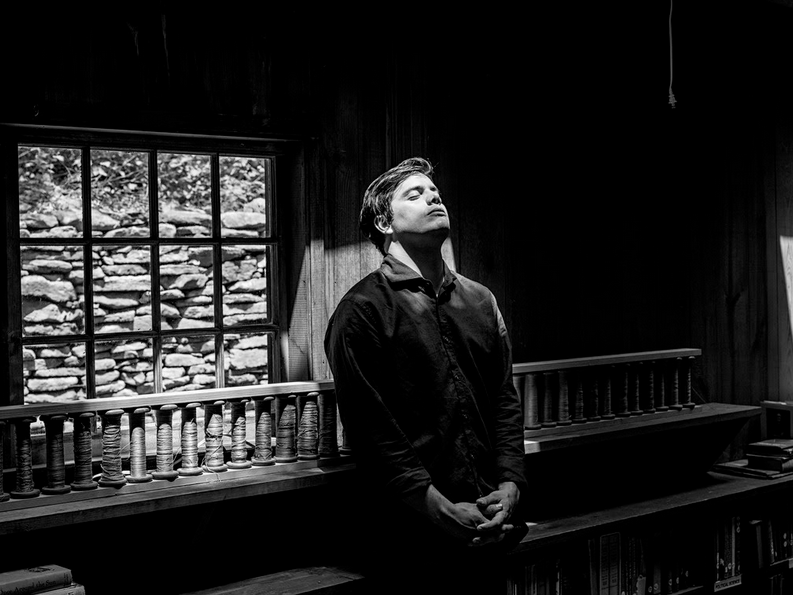 After a few years of building up cred and a fan base out on the road, Thomas Arsenault will finally release his debut record as Mas Ysa on July 24th via Downtown Records. Entitled Seraph, the album has thus far been previewed with a pair of singles: “Margarita” and “Look Up”. The latest tease of the release comes with the added bonus of Nicole Miglis from Hundred Waters.

“Gun” may lack the frantic build up of the previous tracks, it certainly is no less of an emotional journey. The instrumentation is even more sparse, relying on bass that pounds like a dying heartbeat on reverb-drenched synth peaks. Arsenault alters between shaky whispers and thunderous calls (“You found a boy/ and thought he’d grow old/ I had a girl/ and I’m takin’ her home”), while Miglis’ coo plays a calming counterpart (“Boy I know that you’re shook up/ Learn to live it somehow”).

“Gun’s a duet,” Arsenault explains in a press release. “I wanted the other side of the story told and not just mine. I’d written it originally with just the male perspective and it felt a bit unsatisfying, so I brought the subject into the song. That was cathartic.”

Mas Ysa is currently on tour with Tanlines. Find those dates here, and the Seraph tracklist below.