The Donald loses his campaign soundtrack to a hippie from Vermont 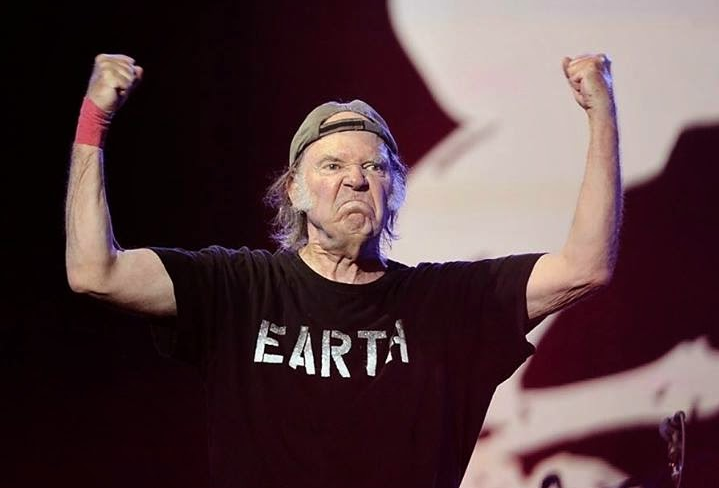 Unsurprisingly, Donald Trump’s presidential campaign kicked off like the joke that it is. The billionaire reality TV mogul came out in front of a crowd of partially paid supporters to Neil Young’s “Rockin’ in the Free World” (and while riding down on an escalator, no less). Beyond the fact that the song is actually a critique of Republican George H. W. Bush’s presidency and the social policies that lead to income inequality, Trump’s use of the song was inappropriate because Young never gave him permission.

Young said in a statement that Trump “was not authorized to use ‘Rockin’ in the Free World’ in his presidential candidacy announcement.” The statement added that, “Neil Young, a Canadian citizen, is a supporter of Bernie Sanders for President of the United States of America.”

Trump’s camp claimed they paid both ASCAP and BMI for rights to the song, but would cease from using it out of respect to Young. The singer, meanwhile, out of respect to his own political beliefs, has turned around and given Trump’s opponent Sanders permission to use “Rockin’ in the Free World”.

Sanders, the Democratic candidate from Vermont, walked out to the track at a rally in Denver attended by an overflow audience of 4,500 people. Folks were reportedly standing in the atrium and lacrosse fields outside the auditorium to hear Sanders speak; as far as we know, none of them were paid to be there.

Watch footage of Sanders’ “Rockin’ in the Free World”-aided entrance below (scroll to the 5:00 mark).

Young’s in hyper-political mode ahead of his forthcoming The Monsanto Years album. Due out June 29th, it’s now streaming in full here.