Researchers disprove their own thesis that “extreme music causes anger" 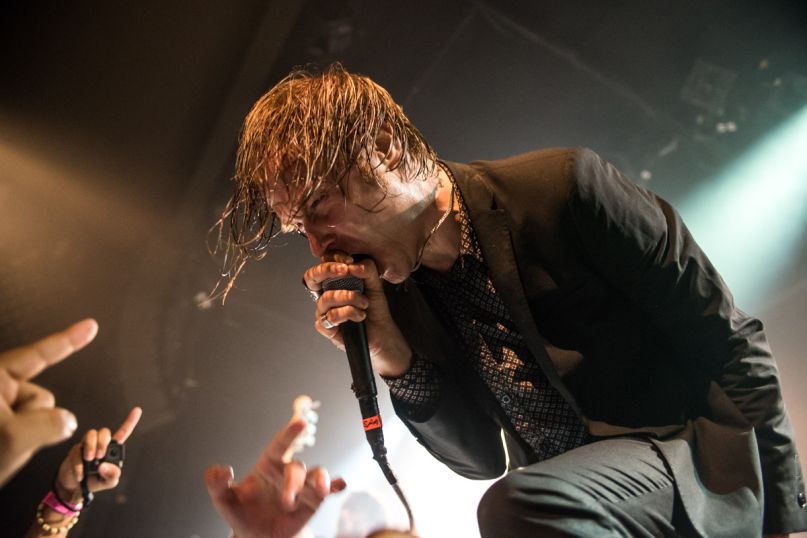 Researchers at the University of Queensland, a public research institution in Brisbane, Australia, recently conducted a study in which they were determined to prove a long held belief: hardcore music leads to hardcore actions. The theory goes that music to which one can headbang is also music to which one can commit acts of violence and rage. To the researchers surprise, however, they discovered the exact opposite was true.

Dr. Genevieve Dingle and honors student Leah Sharman conducted an experiment involving 39 people between the ages of 18 and 34 who regularly listen to “extreme” music. (“Extreme” included things like heavy metal, hardcore, punk, emo, and screamo.) The subjects were put through 16 minutes of “anger induction,” during which they talked about such irritating things as relationships, money, and work.

After they were sufficiently riled up, they either sat in silence for 10 minutes or listened to 10 minutes of songs from their own playlists. What Dr. Dingle (yep) and Sharman discovered was that those listening to the aggressive music were just as calmed as those sitting in silence.

“The music helped them explore the full gamut of emotion they felt, but also left them feeling more active and inspired,” said the study (via The Guardian). “Results showed levels of hostility, irritability and stress decreased after music was introduced, and the most significant change reported was the level of inspiration they felt.”

A secondary aspect of the study looked at the particular type of songs participants picked once they were angered. While half the chosen songs focused on aggressive and angry themes, many of the others contained themes of isolation and sadness. “Yet participants reported they used music to enhance their happiness, immerse themselves in feelings of love and enhance their wellbeing,” the study added.

The researchers admit to the limitations of the study (the controlled conditions rather than a realistic social setting, the fact that subjects were induced to anger by discussion instead of naturally feeling it), and call for further research. (They also note “the potential contributions of individual listener variables on the relationship between extreme music listening and anger processing,” because duh.) Still, they hold to their main conclusion: “extreme music matches and helps to process anger” rather than causing it.

Therefore, have yourself a calming day: