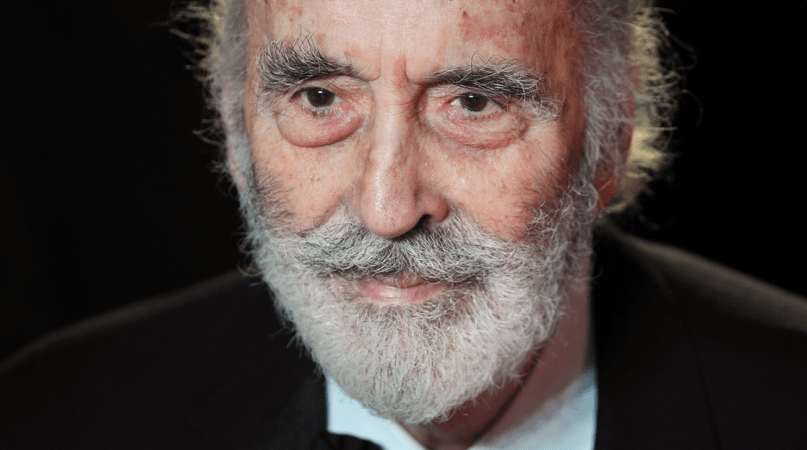 Sir Christopher Lee has died at the age of 93. The British actor, who gained fame for his portrayal of Dracula as well as roles in Star Wars and Lord of the Rings, passed away on June 7th due to respiratory problems and heart failure.

Lee appeared in nearly 40 films between 1948 and 1957, playing mostly stock characters. He finally received his first major role in 1957’s The Curse of Frankenstein, where he played Frankenstein’s monster opposite Peter Cushing as Baron Victor Frankenstein. The role would not only mark the beginning of a long and fruitful partnership with Cushing, but also the first of many films Lee was cast in by horror studio Hammer. In the following years, Lee would play Dracula in at least 10 films in addition to roles in several other horror films.

1973 saw Lee cast in the cult horror film The Wicker Man, which he long considered to be his greatest acting role. A year later, he played the villain Francisco Scaramanga in James Bond’s The Man with the Golden Gun.

In more recent years, Lee played Count Dooku in Star Wars: Episode II and Episode III, and Saruman in the Lord of the Rings trilogy. In 2005, USA Today named him the “most marketable star in the world” after three of the films he appeared in grossed over $600 million.

Lee’s interests weren’t limited to film, however. He was also a noted musician, who recorded various operas and musical pieces. He also released a pair of symphonic metal albums in the form of 2005’s Charlemagne: By the Sword and the Cross and 2013’s Charlemagne: The Omens of Death.

For his achievements, Lee was knighted by Prince Charles in 2009.