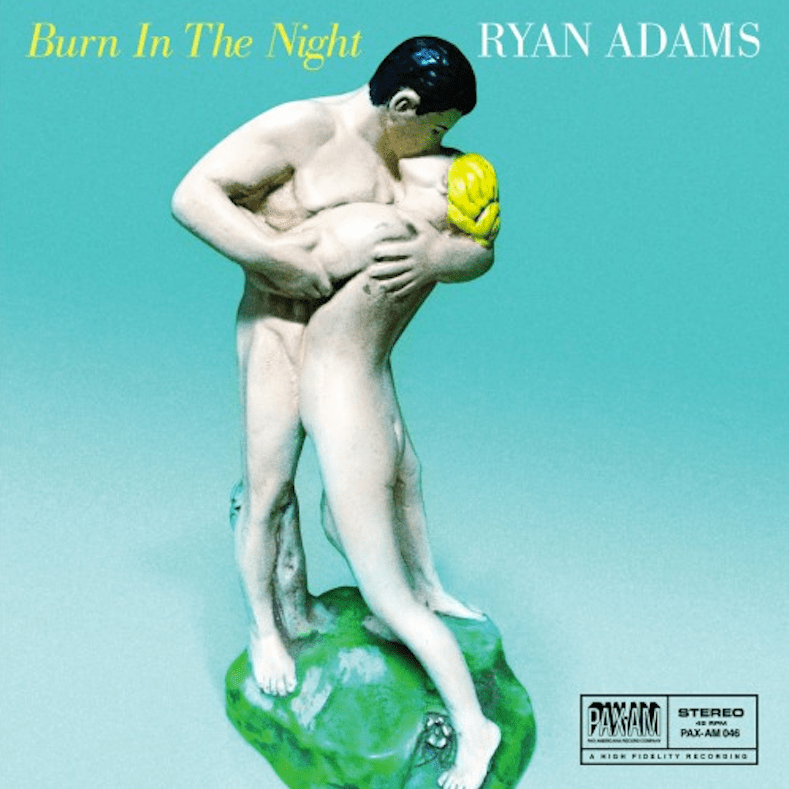 Today, Ryan Adams returns with the latest in his series of 7-inch singles from his own Pax-Am Records. Following the acoustic trio of tracks featured on I Do Not Feel Like Being Good, Burn in the Night leans heavier in a more rock ‘n’ roll direction. Though the physical version is already sold out, you can listen to the whole thing below via Spotify.

“Burn in the Night” is the most tender of the bunch, a rumination “on an old NYC love lost.” “I always felt like that song was really special but it never fit anywhere,” Adams writes on his website. “Thank goodness we make these singles.”

Track #2, “Cop City”, drops references to Eddie and the Cruisers in a tune about “the last weekend of every month in LA when all the police are out giving tickets and ALL I WANNA DO IS GET TO MY PINBALL SPOT.” According to Adams, this is a track from Alien USA, an unreleased “experiment” LP made with Mike Viola and Jeremy Stacey on drums that had them ‘going for the ‘big sound.'”

Until then, listen to Burn in the Night below.