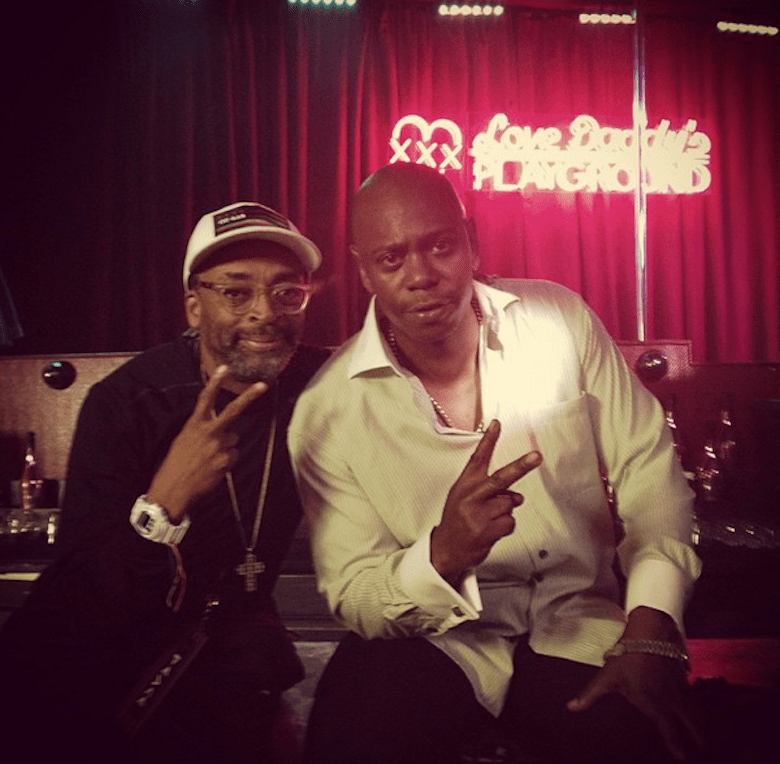 As the film enters production in Chicago, Spike Lee has added to the growing list of big-name stars attached to Chi-Raq. The director posted the above image to Instagram confirming the addition of comedian Dave Chappelle. “The Great David Chapelle Is All Aboard Da CHA-RAQ Peace Train,” Lee wrote. “YA-DIG? SHO-NUFF. Our Peace Train Is Smokin’ Cuz We Ain’t Jokin’.”

Though it’s unknown whom Chappelle may play (the set in the Instagram post appears to be a strip club, so perhaps a club owner? A dancer?), the role will be his first on the big screen since his Comedy Central show went off the air in 2006.

The Tribune reiterates the rumor that Jennifer Hudson is part of the cast, and says D.B. Sweeney may be playing the Chicago mayor. Samuel L. Jackson is also rumored to be in the film, though Kanye West appears to be out. As previously reported, the rapper may end up contributing to the soundtrack.

Chi-Raq is said to be a modern re-imagining of the ancient Greek comedy Lysistrata. The story centers on Athenian women who withhold sex from their husbands until they agree to end the Peloponnesian War. Lee will make parallels to the play as he attempt to tackle the very real problem of Chicago gang violence through the lighter lens of musical comedy. Amazon’s Original Movies will release the film, reportedly in theaters as well as on their own streaming platforms.