The Dear Hunter announce new album, premiere “A Night on the Town” — listen

A first listen of Act IV: Rebirth in Reprise, plus new release details and tour dates 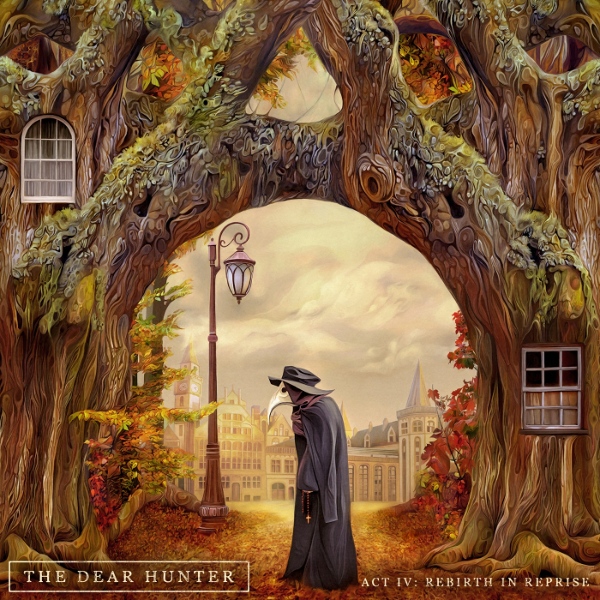 Following the surprise release of a new live album, The Dear Hunter have now confirmed details of their next LP. Act IV: Rebirth in Reprise will arrive on September 4th via Cav & Canary Goods/Equal Vision Records.

Act IV is first new entry in the six-part Act saga since 2009 (though technically it serves as the follow-up to 2013’s non-canonical Migrant.) The new record will continue the story “of a boy at the turn of the century referred to as ‘The Dear Hunter'” which began in 2006’s Act I: The Lake South, the River North and continued with 2007’s Act II: The Meaning of, and All Things Regarding Ms. Leading and 2009’s Act III: Life and Death.

Our first taste of Act IV comes in the nine-minute epic “A Night on the Town”. Loaded with high-energy strings and horns from Bay Area musicians the Awesöme Orchestra alongside Crescenzo’s immense vocals, the urgent track signals a rejuvenated band. After taking so long off from the Act story, it seems like The Dear Hunter has returned true to form. Listen to the track — and try to pick up on callbacks to Act II‘s “The Bitter Suite I: Meeting Ms. Leading” and Act III’s  “Mustard Gas” — below.

Pre-orders for Act IV are going on now, and come with an instant download of “A Night on the Town”. Other songs on the record include three new “Bitter Suite” movements and a track called “The Squeaky Wheel”, a reference to “Smiling Swine” from Act II. Check out the full tracklist below.

The Dear Hunter have also announced a tour with CHON and Gates in support of the new release. Find their full schedule, which includes European dates with Manchester Orchestra and a spot at Riot Fest Chicago, below.