A short chat with one of the most promising young filmmakers today. 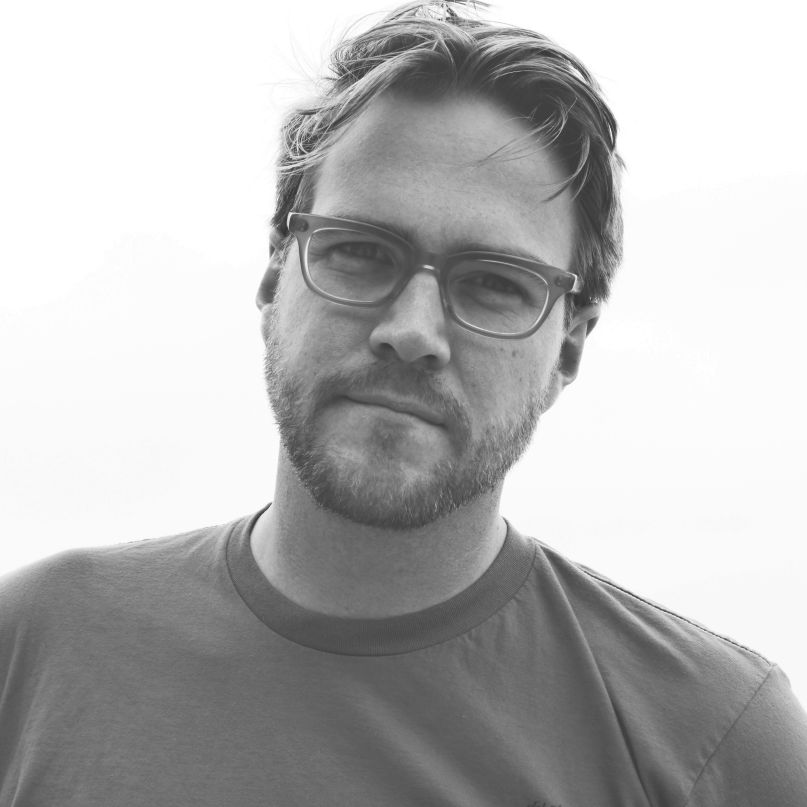 Patrick Brice is doing the unthinkable: He’s releasing two movies on the same day. One you can watch at home (Creep), the other you’ll have to see in a theater (The Overnight) — both are a lean 80 minutes.

Starring Mark Duplass and himself, Creep is another spin on the found-footage formula, focusing less on gore and jump scares and more on mood and tone. It’s a fascinating yet unnerving experience that refuses to let you blink, strangling you with terror and often dark comedy that will haunt you hours later.

On the other end is The Overnight, this year’s smartest and sexiest comedy, whose brilliant script is vibrantly brought to life by an A-list cast featuring Taylor Schilling, Adam Scott, Jason Schwartzman, and Judith Godrèche. It’s stylish, it’s unpredictable, and it’s daring in ways that few comedies ever are today.

In anticipation of the two films, Consequence of Sound spoke with Brice over the phone for a crushingly short conversation. Still, the young filmmaker proved quite resourceful in those 15 minutes as we discussed comedy, horror, modern yuppies, and the many, many talents of Jason Schwartzman.

I like to think that comedy and horror are intertwined, both encapsulating feelings that are often primal. Was it really that much of a transition to go from the anxious horror of Creep to the anxious humor of The Overnight?

Not at all. I really see both of those things going hand in hand and informing one another. I think comedy, when it’s coming from the plot and coming from the characters, only really works if there is a sense of narrative tension going on in the movie. That was something that I really had a crash course in exploring with Creep, especially the way in which we made it, which was an experimental film when we went into it.

We didn’t know where we were gonna go with the movie. I mean we had an outline, but we improvised with the scenes. The film was really crafted over the course of a year because we would show it to test audiences, then we would go back and make small refinements, inching our way towards it being more of a horror movie, more of a solid thing.

And so I learned a lot from doing that, in terms of how to create and release tension at the same time. I’m surprised people are connecting with it because both of these films, I feel like, are such… They push you as an audience and they’re asking a lot of the audience — especially, in terms of silence. Characters don’t really have those in cinema a lot. I didn’t know if it was going to necessarily work or not.

One of the great things that I realized with Creep was that, for the most part, and especially with genre, filmgoers are just complete masochists. They love being taken along on a ride, they love that feeling of Oh fuck, I don’t feel right right now! You’re not taking care of me! What’s gonna happen next? So with Creep, it felt like a stretch that personally maybe went too far at times. But The Overnight was a chance to take that and just dial it in as much as I could and in a more deliberate way.

Both Creep and The Overnight involve themes of trust and perception. Was that by accident or did you want to show both sides of the coin? To be fair, The Overnight could go either way at any moment. There’s a menacing notion early on to the proceedings.

Yeah, we wanted to keep that balance there for sure. That was a conscious choice. And in how we were shooting things and lighting things, and how each new space felt as they were going into it – I really wanted to have that Alice in Wonderland kinda thing going on. You’re watching the characters interact with each other, but also their surroundings are kinda changing in a way that is maybe hopefully affecting you on a subconscious level at the same time. Things are getting darker and weirder as the night goes on.

Was the process for developing a lot of these ideas similar to Creep in the sense that you came up with certain quirks or certain scenarios as you were filming or was it all written previously?

In terms of the set pieces and the quirks, that was all stuff that was in the script. That was all just me trying to have fun and entertain myself and hopefully end up entertaining an audience at the end of it. In terms of things that we nuanced or changed on set, for the most part that was maybe tonal stuff or specific dialogue that we would make adjustments to. There’s some improv in the movie but it’s sort of weaved in throughout the written words.

I wanted there to be improv, but I wanted it to exist to lift the dialogue in a way. Having improv throughout sort of tempers it in a way that makes it feel more real, hopefully. At least that was my hunch going into it. That was the goal. The freedom that I wanted to give each of the actors – it was like ‘You needed to say something that sounded emotionally true as your character might say it.’ If it works, great, if it doesn’t work, so what? We’ll do it again.

That was one of the great things about Creep, it really kind of shed a lot of my skin in terms of being vulnerable or having actors be vulnerable around me. Especially having to act myself, which I hadn’t done before that movie. I became super conscious of that going into The Overnight in terms of letting these guys play and giving them enough space. I was at the Los Angeles Film Festival last week and listened to Jonathan Demme talk and he said, “Let your actors do their fucking job. Talk to them if you need to talk to them but if you have people who know what they’re doing, it only helps you to just let them do their thing.”

I was lucky that I had these four actors who were all 10 times more experienced than I was and they were responding to this material. That gave me the confidence to just go into it and made me excited about [the film], and feel like there was potential of it actually working. And then just on a day-to-day basis, with actors who have really good instincts, helping you when you’re stuck and just bringing it to the next level…

Yeah, I really think Jason Schwartzman does for sure. Granted, every actor in the film is just unbelievable, but there’s something new about his performance — it’s very adult. In fact, I don’t think I’ve ever seen him portray a father on-screen.

He’s a young dad himself, he’s got two kids. He’s a young, hip, LA dad, so that much of it wasn’t too much of a stretch. I think the similarities only go so far between him and Kurt, but at the same time, when he first read the script he called me to say he was gonna do it, and he only read the first three pages. But in those three pages, there’s a scene of him putting the kids to bed.

He called me and told me, “I know this guy, I’ve met this guy. And not only that – that’s how I put my children to bed. I have a piano that I push for them and I have psychedelic night lights that I turn on for them at the same time.” So that was great because obviously it’s good to have someone like Jason calling you up and saying they’re excited about being in your movie.

But at the same time, knowing that he hadn’t finished the script, that was a pretty cautious thing. I was like, “I think you should finish this! Get to the end and tell me if you still wanna go with this.”

Would you say you’re commenting on the American yuppie? There’s something ironic in the idea of having a liberal young adult that’s typically so conservative about their relationships with people.

Yeah, for sure. I didn’t want it to be a parody of anything, but I wanted there to be an element of that for sure. I think there’s something funny going on, or at least I notice it between me and my friends. I got married when I turned 30 and I’ve been with the same woman for 10 years now. There’s kind of an odd monogamy that takes place with our generation. All my best friends are pretty much in monogamous relationships and it’s almost like this rejection of the baby boomers where all our parents got divorced.

Somehow, we’re all in long-standing relationships where no one is cheating on each other or anything. It’s almost like you’re creating this safe nesting place. I thought that would be something that has potential to be an interesting subject, to throw a stink bomb in the middle of, like, would any of this move? I think there’s a lot of tension and maybe potential regret that comes with that. There’s the idea that Fuck, I got married so young, am I cutting myself off from any potentially amazing opportunity in my life?

What are some genres you’d love to explore next? What doors will Creep and The Overnight open for you?

You know, I’m not sure. I’ve been spending the last five months of my life promoting these two movies and getting them ready to be put out in the world so I haven’t had as much time as I’d like to be really strategic and specific in terms of what’s next. That said, I’m interested in everything. I’m really taking it project to project, idea to idea in terms of what’s gonna be next. I have a couple things that I wanna start writing in the summer. If there is a script that comes my way that seems like I would be able to work on or direct, I’ll hop into that too.

One of the cool things about being a filmmaker is that it allows you to just follow your bliss in terms of subject matter. That’s the way I’ve approached every film that I’ve made so far. I didn’t expect my debut to be a found footage movie, nor did I expect my second movie to be a sex comedy, you know what I mean? These were the opportunities and the scenarios that were presenting themselves at the time and I’m just trying to make the best of it.

Are you sticking around with the Duplass brothers?

Mark [Duplass] and I are definitely talking about different stuff together, for sure.