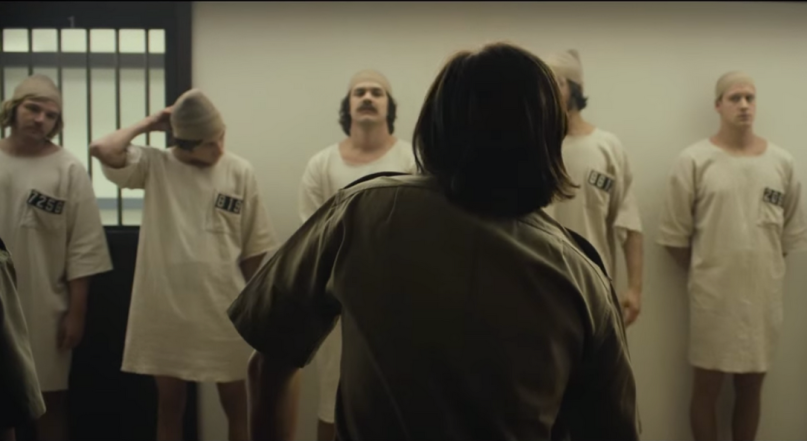 Philip Zimbardo’s 1971 psychological experiment in which he had a group of college males take on the roles of prisoners and prison guards went so awry, a film adaptation of the events was sure to come eventually. Now, over 40 years later, The Stanford Prison Experiment is due to hit theaters and the film’s first trailer has been released in anticipation.

The film, directed by Kyle Patrick Alvarez, seems to be a tension filled look at exactly how this experiment went wrong. The emotional and physical violence takes center stage as the “guards” start to take things too seriously and the “prisoners” are helpless and unable to leave the experiment. In his review, our own Justin Gerber called the film “so disturbing, intense, and believable that it’s easy to forget we’re watching a movie.”

The Stanford Prison Experiment stars Almost Famous’ Billy Crudup as Zimbardo and Olivia Thirlby (Bored to Death) as his wife, with a veritable murderer’s row of young acting talent rounding out the cast of students in the experiment. Ezra Miller (We Need to Talk About Kevin), Michael Angarano (Red State) and Tye Sheridan (Mud) all received numerous accolades for their performances in particular. Watch the trailer below.

The Stanford Prison Experiment is due out July 24th, both in theaters and VOD.